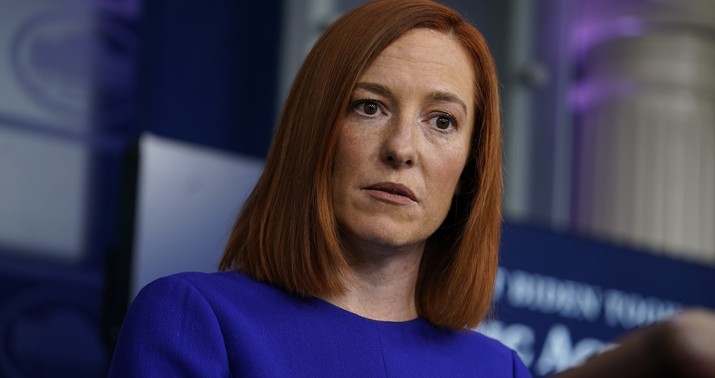 I wonder how the White House is going to spin this?

The nation’s top public health agency on Friday provided a roadmap for reopening schools in the middle of a pandemic, emphasizing mask wearing and social distancing and saying vaccination of teachers is important but not a prerequisite for reopening…

They said there is strong evidence now that in-person schooling can be done safely, especially at lower grade levels, and the guidance is targeted at schools that teach kindergarten up to 12th grade…

CDC officials emphasized that in-person learning has not been identified as a substantial driver of coronavirus spread in U.S. communities, and that transmission among students is now considered relatively rare.

This first point to be made about this is that the new guidance isn’t really that new. Last month the CDC announced there was “little evidence” that schools contribute to community transmission. At the time, CDC researchers released a new study of schools in Wisconsin which found “with proper prevention efforts … we can keep transmission in schools and educational settings quite low.”

Also last month, Dr. Fauci, who I could swear used to be considered the final word on this topic, said the evidence showed reopening schools was safe for students and teachers.

A few days after that, CDC Director Rochelle Walensky added that it was safe to reopen schools even if teachers hadn’t been vaccinated yet. It all seemed to add up to a pretty clear conclusion. But the day after Walensky’s statement, White House spokesperson Jen Psaki claimed she had been speaking “in her personal capacity” even though the statement about reopening was made during a White House briefing.

The clear divide between what the experts in the administration were saying and the slow-walking on reopening from the White House started to really gain attention after Psaki’s statements about reopening schools in the first 100 days. It was obvious to all why this was happening: The White House didn’t want to undermine the teacher’s unions.

2/ In December, Biden said “If Congress provides the funding… if states and cities put strong public health measures in place that we all follow, then my team will work to see that a majority of our schools can be open by the end of my first 100 days."

4/ Again, there is conflict between the health officials and the teachers' unions, and I have seen no evidence the Biden White House is willing to say or do anything to side with health officials when they are in conflict.

And then this morning, Psaki took it a step further by claiming there was a “lack of data” to support reopening schools. This is absolute bullpuckey, to put it mildly. As the AP points out, there is plenty evidence about the impact of remote learning on kids:

There’s wide agreement that learning in the classroom is more effective and that students can face isolation and learning setbacks at home. But teachers unions in some areas say schools have failed to make buildings safe enough to return.

If you want more on the damage being done to kids, I wrote about it here.

As for the safety argument, that’s settled as well. It’s also clearly being used as an excuse by unions. Even in places where teachers were moved to the top of the vaccine list, unions are still resisting reopening. In at least one county thousands of vaccinated teachers are planning to remain home while the county hires hundreds of unvaccinated “classroom monitors” to show up and manage their students.

The science is settled but the politics clearly demand that the White House keep giving unions some kind of excuse not to return to classrooms. So, again, I ask: How will the White House spin this news from the CDC?