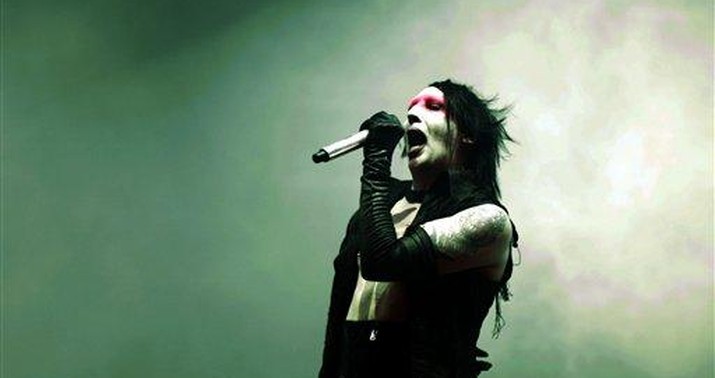 I guess I’m a little bit fascinated with this story. After multiple allegations of abuse, Marilyn Manson aka Brian Warner was dropped by his record distributor. As often happens in situations like this, a lot of people are looking back and suddenly wondering how did he get away with this stuff for so long? One of the stories that has been resurrected on social media comes from Warner’s own autobiography involving Warner and Reznor assaulting a woman.

Just want to be super clear on what the extent of the culpability here is. This is, somehow, like the third least disturbing act of abuse or assault Manson has admitted to in a public setting.

It’s probably in response to that story circulating that Reznor issued a statement yesterday throwing Warner under the bus or, more accurately, reminded people that he’d thrown him under the bus a long time ago.

I have been vocal over the years about my dislike of Manson as a person and cut ties with him nearly 25 years ago. As I said at the time, the passage from Manson’s memoir is a complete fabrication. I was infuriated and offended back when it came out and remain so today.

Pitchfork points out that Reznor had some harsh words for Warner back in 2009:

Reznor, who also worked on 1996’s Antichrist Superstar, said of Manson to Mojo in 2009: “He is a malicious guy and will step on anybody’s face to succeed and cross any line of decency. Seeing him now, drugs and alcohol now rule his life and he’s become a dopey clown.”

If the allegations against Warner are true then he’s a lot worse than a dopey clown. So far the only person who seems to be standing up for him, even a little, is former wife Dita Von Teese. She said he’s definitely a drunk and a cheat but in her experience he wasn’t abusive.

When that’s the best a person close to you can say about you, you’re definitely having a bad week.

Last night, some unidentified friend became concerned that something might have happened to Warner. Police showed up at Warner’s house in the Hollywood Hills to do a welfare check:

Marilyn Manson’s home was swarming with cops after a worried friend called concerned for the singer’s well-being… saying they’d been unable to get in touch with him for hours.

TMZ has images to back up the story:

Warner never did come out of the house but eventually a representative told the police that everything was fine. The police left.

As I mentioned previously, Warner has claimed all his relationships were consensual. Given that at least five women are accusing him of controlling and abusive behavior, I’m not sure that’s going to cut it. Whenever he next comes out of his house, he’s going to be asked about this and probably that will remain the case for the foreseeable future.