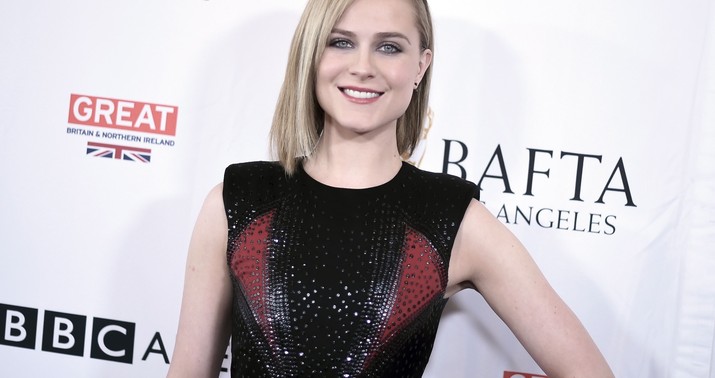 I guess this is one of those things that was sort of an open secret. Actress Evan Rachel Wood, best known for her starring role in Westworld, has been talking for years about the abuse she suffered in a former relationship, even testifying before Congress on the topic of abuse survivors. But she had never publicly named her abuser until today when she posted this on Instagram:

Vanity Fair has the ugly backstory:

Wood, now 33 and a star of HBO’s Westworld, has said that she met shock-rocker Manson when she was 18 and he was 36. In 2018, Wood testified before a House Judiciary Subcommittee as part of an effort to get the Sexual Assault Survivors’ Bill of Rights passed in all 50 states. “My experience with domestic violence was this: Toxic mental, physical and sexual abuse which started slow but escalated over time, including threats against my life, severe gaslighting and brainwashing, waking up to the man that claimed to love me raping what he believed to be my unconscious body,” she told the subcommittee, though she did not name a perpetrator at the time.

If you watched Westworld you know that the character Wood played had some similarities to her real life, i.e. someone who was repeatedly abused and then tried to find a way to escape that abuse. This is a case of art imitating life.

In 2019, Wood testified in California on behalf of legislation to change the statute of limitations for domestic violence. During that testimony she basically told the story of her relationship with Brian Warner aka Manson:

What she’s describing really is horrific and as she mentions at one point, she wasn’t the only person who was treated this way. Today four other women released statements on Instagram about their own experiences with Warner. Here’s one example:

Last September a metal magazine brought up Wood’s accusations during a phone interview with Warner and he hung up on them:

We researched Wood’s testimony and her links to Manson thoroughly. We wanted to know more. We wanted to know what it was like from his point of view, too; how devastating it must feel to be be implicated in something like this if he had absolutely nothing to do with it. Manson had previously made violent, on the record comments about Wood; we wanted to know if he regretted that given how things have played out, or how it felt to hear her testimony. We were interested in hearing his side of the story.

We asked, but we didn’t get an answer. Marilyn Manson hung up on us as soon as we mentioned her name, and his people refused to have him answer any further questions…

I don’t know how much power a 90s rock star still has nearly two decades later. At some point, Manson should have to answer for his behavior. If it’s too late for him to face justice in court, that doesn’t mean the rest of us have to ignore these allegations as he goes about his business.

And for the record, this isn’t cancel culture, at least not the kind of thing that term usually refers to. We’re not talking about ruining someone’s life or career over an old tweet or a stupid comment when they were a minor. In this case we’re talking about allegations of sexual abuse, violent threats and even rape. This isn’t about making a mountain out of a molehill for partisan reasons, it’s about making a mountain out of what appears to be a mountain of abusive behavior.

One final thought on all of this. The metal magazine that interviewed Warner last year (or tried to) described his appeal in the 90s this way:

Marilyn Manson has built a career from treading the lines between the acceptable and the obscene. He relished his image as America’s premiere bogeyman as his fame peaked in the late 90s, goading concerned conservative America with a promise that he was going to upend polite society and enjoy every second of doing it.

In the late 90s, that stuff washed. Outlier icons still felt exciting to legions of eyeliner-clad teens, and Manson’s particular brand of devil-may-care nihilism was perfectly pitched. Good, old-fashioned, stickin’ it to the man punk rock spirit was given a PVC-clad upgrade, and in place of teen angst or fury was a cold, sneering disregard for the world and its rules. He gleefully touted hedonism and controversy. Back then, honestly, it was exhilarating.

Maybe it was exhilarating but, if the allegations by Wood and others are true, the upending of polite society resulted in real abuse of women who are still suffering with the aftermath more than a decade later.

There’s a pretty obvious object lesson here. The dreaded conservatives who were aghast at Marilyn Manson in the 90s had a point, not only about him but about the nihilism and flouting of convention he represented. Goading conservatives with shock techniques is easy and lots of people have built careers around it but sometimes the outcome this creates is worse than the conventions they were trying to supplant in the first place. I wonder if any of the people who promoted Manson to teens in the 90s can admit that.