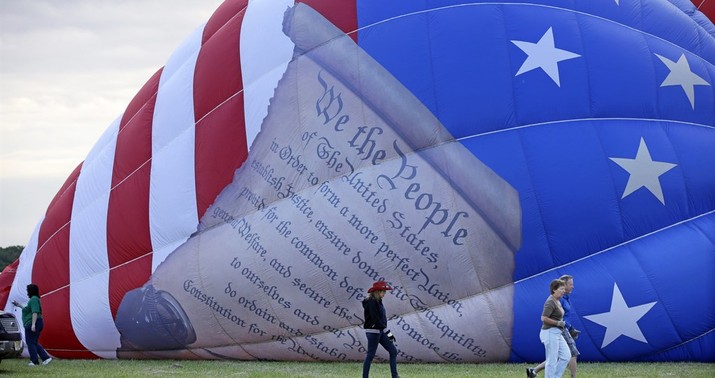 Politico published an interesting interview with “Democratic polling and data expert” David Shor. The interview is lengthy and covers a lot of territory but I wanted to highlight one section in particular where Shor talks about the power of the media and the elites who guide it in determining what issues matter during elections. Shor’s view is frankly something that I think a lot of people on the right would largely agree with. He recognizes the media isn’t merely an observer in a neutral process but has the power to set national narratives which amount to either headwinds or tailwinds for campaigns.

Shor first starts talking about this in terms of message discipline, i.e. choosing which topics to talk about and which one not to talk about:

There are very real tradeoffs to talking about things that aren’t popular. Obviously, there’s a lot of disagreement about what is popular and what isn’t, and polling is hard. It’s very easy to create polls that make single-payer health care popular or background checks [for gun purchases] popular. But then when these things show up at the ballot box in various ways, they end up losing. The things that liberals want — or that the left wants — some of them are very popular and some aren’t, and I think we have to be honest with ourselves about which is which. And that can be difficult, both from a coalition perspective and emotionally, but the importance of it is very high.

Shor is really talking about Democrats. He’s circling around a point about how things like “defund the police” can wind up hurting Democrats but he eases into it by talking about Republicans and their message discipline:

Even though a lot of Republican activists really want to eliminate the capital-gains taxes or legalize machine guns or make it easier to pollute rivers, they don’t go out and hold their politicians accountable on those issues. They’re not demanding that of Republican politicians. And Ted Cruz isn’t out there tweeting that we need more assault rifles on the streets. He is instead doing message-tested propaganda.

The word “propaganda” is pretty loaded but the point he’s actually making here is that you have to play it smarter than AOC if you want to win. And at that point he’s already anticipating the push back to this idea from people on the far left: What about pushing for what we really believe in?! Shor offers a kind of pre-buttal to those anticipated reactions:

There is a real existential question: What is activism for? What is public communication for? We should be pushing things that we think are going to move voters in a direction that we want. People can have reasonable disagreements about what those things are, but there are some issues that are clearly not on that side.

In other words, you can argue for pushing voters hard on issues like the Green New Deal or whatever else, but you can’t forget there’s a risk involved in shouting everything you believe from the rooftops. And at this point Shor is asked specifically about some recent comments by AOC and her suggestion that Democrats should use something called “deep canvassing” to win over voters one by one. But Shor pushes back on that and basically argues that the media plays a very big role in this process:

The important thing to remember about campaigns, big picture, is this: The average voter in a general election is something like 50 years old — in a midterm or primary, it’s higher. They don’t have a college degree. They watch about six hours of TV a day — that’s the average; there are people who watch more. They generally don’t read partisan media. They still largely get their news from mainstream sources. They’re watching what’s on the ABC Nightly News. Maybe they see some stuff on Facebook, but it’s really mostly from mainstream sources.

You have to center on this person, and think about how they’re interacting with politics. With all of these things, whether canvassing or digital ads, the reality is that people are mostly forming their opinions on the basis of what the press says. This theory has a long history — [political scientist John] Zaller’s “Nature and Origins of Mass Public Opinion” — but it’s true. I don’t think this is a right-wing idea; this is a leftist theory of mass politics that goes back to the 1920s and ’30s radio. If you really want to affect public opinion, you have to do so via scalable media and communication.

Shor then tries to illustrate this with an analogy to weather:

One of my old bosses said that politics is like you’re in a hot-air balloon. A lot of the stuff that you deal with day-to-day — microtargeting models or digital ads or whatever — that’s just throwing sandbags on and off; the thing that really determines where you go is the weather. In politics, the important thing is to do what you can to change the weather, which is very hard.

In this analogy, the weather is set by larger forces that but also by narratives campaigns or parties choose to turn into national conversations.

Most of what determines the “weather,” the national media environment, are these big structural forces — the economy, anti-incumbency, cultural forces, whether it’s what’s in the media or the country getting more educated or secular over time. But campaigns and activists do have the ability to shape media narratives about what gets talked about and what doesn’t. From an electoral perspective, those are the most important decisions campaigns and activists make, and that creates a real responsibility on the part of everyone involved.

Again, he’s talking about message discipline and specifically he goes from there directly to “defund the police” which he correctly points out originated completely on the left. The left demanded this become part of the national conversation:

When you look at “defund the police” specifically, there was a real movement among educated, liberal people in the media and among activists across a broad swath of the left to elevate this issue and get folks to talk about it. And there are pros and cons to doing that. I’m not going to claim that I know what the right thing to do is — sometimes, it makes sense to talk about unpopular issues. But we should acknowledge that in practice, those decisions to elevate the salience of certain issues and reduce it on other issues — those decisions are actually something campaigns and activists have a lot of control over. And they are going to end up influencing vote share much more than any decision that any individual campaign makes about what digital vendors they use, or how many digital ads they use versus what TV ads they use.

Ultimately, in this hyperpolarized world, what national media outlets choose to talk about is going to be much more important in determining whether [Democratic Congressman] Collin Peterson survives in Minnesota’s 7th district than anything he does. That’s just the reality. [This month, Peterson lost his bid for reelection.]

My own view is that this is often true and almost always gives Democrats a huge structural advantage. The people who set these national narratives are almost always left-leaning elites or activists. Their messages are eagerly picked up and amplified by a media that is largely sympathetic to the messages and the goals of the left. By contrast, the right faces an uphill battle trying to launch any comparable narratives into the mainstream. It’s one of the reasons the left hates Fox News so much, because it helps put the right on more equal footing in this regard.

In this election the left wound up whispering two different messages into the wind. One was about the toll of COVID-19 on the country. That was a message Democrats and the media were repeating daily for months. It was clearly the message they believed would help them triumph over Trump and the GOP in this election.

But the other message was “defund the police.” Again, that was a message that came from the left, from the protests that happened all summer. And because it came from the left, the media eagerly picked it up, amplified and did its best to helpfully contextualize and explain it. They tried to make something very radical as non-threatening as possible.

But that second message brought with it a tornado of anger, riots and looting. It was in fact a weather pattern that did more damage to Democrats than to Republicans. Instead of gaining 15 seats in the House, Dems are probably going to wind up losing 10 seats. That’s why so many moderates are angry, at Pelosi for not doing more to stop it and at AOC and the far left for not shutting up about it. It’s why the Democratic leadership is talking about message discipline just like David Shor is.

In this election, Democrats were essentially hoisted on their own petard. Their ability to turn every partisan enthusiasm into a national narrative is usually a big advantage but this year it backfired because the message being amplified, “defund the police,” was just too extreme for their own good. And by the time they realized it, it was already too late. A lot of Democratic balloons wound up wrapped around the power lines.