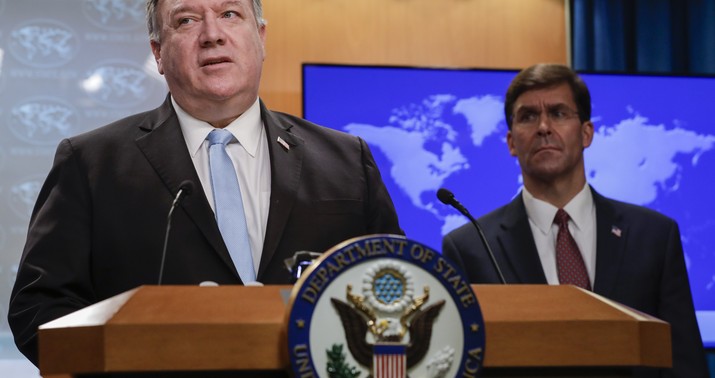 Sec. of State Mike Pompeo reacted yesterday to a report by the Associated Press that China is using forced birth control to reduce the Uighur population of Xinjiang.

The world received disturbing reports today that the Chinese Communist Party is using forced sterilization, forced abortion, and coercive family planning against Uyghurs and other minorities in Xinjiang, as part of a continuing campaign of repression. German researcher Adrian Zenz’s shocking revelations are sadly consistent with decades of CCP practices that demonstrate an utter disregard for the sanctity of human life and basic human dignity. We call on the Chinese Communist Party to immediately end these horrific practices and ask all nations to join the United States in demanding an end to these dehumanizing abuses.

The AP report described China’s “draconian measures” as an attempt to reduce the birth rate of a population of minorities the CCP considers a threat to the country’s stability. But other observers went so far as calling the program a kind of “creeping genocide.”

Outside experts say the birth control campaign is part of a state-orchestrated assault on the Uighurs to purge them of their faith and identity and forcibly assimilate them. They’re subjected to political and religious re-education in camps and forced labor in factories, while their children are indoctrinated in orphanages. Uighurs, who are often but not always Muslim, are also tracked by a vast digital surveillance apparatus.

“The intention may not be to fully eliminate the Uighur population, but it will sharply diminish their vitality,” said Darren Byler, an expert on Uighurs at the University of Colorado. “It will make them easier to assimilate into the mainstream Chinese population.”

Some go a step further.

This graph of forced sterilizations in Xinjiang sums up what has been happening:

One of the most deeply upsetting charts I've ever seen.

From this harrowing AP investigative report about China forcing birth control on Uighurs in Xinjiang to suppress their population growth: https://t.co/h91GrX3wF0 pic.twitter.com/cICPriA85L

Notice the spike takes off only since about 2016. The AP explains that prior to the leadership of Xi Jinping, Chinese minorities were actually treated less harshly than the majority Han population when it came to the one-child policy. China no longer has a one-child policy but the policy it does have appears to be applied much more stringently on the Uighurs in the past few years.

While equal on paper, in practice Han Chinese are largely spared the abortions, sterilizations, IUD insertions and detentions for having too many children that are forced on Xinjiang’s other ethnicities, interviews and data show. Some rural Muslims, like Omirzakh, are punished even for having the three children allowed by the law…

Officials and armed police began pounding on doors, looking for kids and pregnant women. Minority residents were ordered to attend weekly flag-raising ceremonies, where officials threatened detention if they didn’t register all their children, according to interviews backed by attendance slips and booklets. Notices found by the AP show that local governments set up or expanded systems to reward those who report illegal births.

There’s no upside to a story this bad but the Washington Post points out that the “growing horror” around the globe is bringing countries that oppose this closer together:

Patten said the intensifying authoritarianism of Chinese President Xi Jinping, coupled with a growing awareness of China’s “predatory” trade practices, is not only “toughening” the attitudes of politicians toward Beijing, but the European public as well.

The crackdown in Xinjiang figures into this prominently. “The incarceration of over a million Uighurs in ‘reeducation’ camps in Xinjiang has had very negative impact on European public opinion—with one symposium participant declaring that it represented a ‘red line’ and ‘decision moment’ for Europeans,” the Asia Society-Bertelsmann Foundation report noted.

In other words, the EU may not have much love for President Trump but they can still see the vast difference between someone they dislike and the truly monstrous abuse of human rights being carried out in China by Xi Jinping. If only more U.S. companies could make the same distinction.