NBC sources: Trump didn’t learn about the Russian bounties on U.S. troops until the story broke in the papers 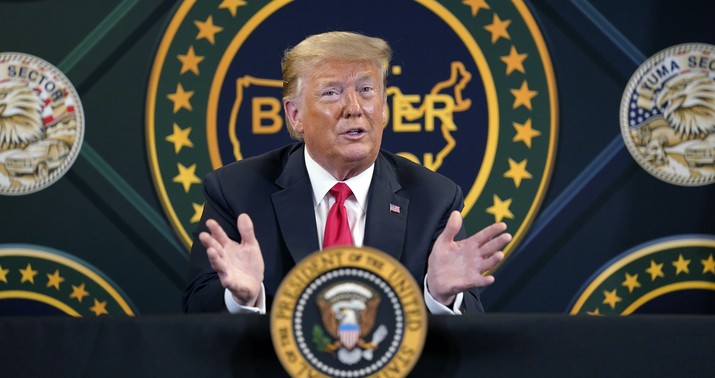 A bipartisan briefing for Congress is set for tomorrow at the White House. Among the attendees: Adam Schiff. A scenario in which Trump was never told about Russia possibly paying jihadis to kill U.S. troops is obviously waaaaay better than a scenario in which he knew about it and pushed for Putin to be included in the next G7 anyway. But Democrats will now start drilling down on the question of why the president wasn’t notified sooner. And Trump, hopefully, will start drilling down on it too. If in fact his aides withheld explosive information like this from him, it left him in a position where he was ripe to be embarrassed politically by it if and when it leaked. Why did they do that to him?

Another thing. Sky News reported this morning that British officials were “recently” notified about the intelligence. How can it possibly be that Boris Johnson knew information that the United States had before Trump did? What if Johnson had called him up and said, “Donald, we need to talk about this Russian bounty thing”? Imagine Trump’s reply: “What Russian bounty thing?”

McEnany’s comments are consistent with what multiple officials told NBC News: That there is intelligence about Russians offering a bounty to kill Americans, but that officials disagree about the implications and significance of the plot.

Trump learned about the matter only after it became public in news reports, the officials said.

Was the intel just too thin to bring it to Trump? Yep, say Catherine Herridge’s sources:

The official said the inteligence collection report reached "low levels" NSC but did not go further, not briefed POTUS, or VP because it was deemed "uncorroborated" and "dissent intelligence community." @CBSNews

A pair of Republicans who were at a White House briefing about it earlier this afternoon made it sound that way too, emphasizing the need to verify it:

Two GOP lawmakers briefed at the White House today, @RepKinzinger & @RepMcCaul, issue a joint statement saying they were informed of an "ongoing review to determine the accuracy of these reports" & believe this review should "take place before any retaliatory actions are taken." pic.twitter.com/BKCjtJGi1w

The matter “would not be elevated to the president until it was verified,” said Kayleigh McEnany at today’s White House briefing. Case closed, then? Not quite yet. “Presidents are frequently briefed on intelligence that isn’t fully verified, current and former officials said” to NBC. A former head of the National Counterterrorism Center told the network, “This information was circulating among his most senior advisers, and they had an obligation to bring that to him so that he could have a part in the discussion.” Again, if it was important enough to tell the Brits, how could it not have been important enough to mention it to the president? By all means, add caveats when you brief him: “We’re still trying to run this down but thought you should know there’s intelligence suggesting…” etc etc. But give him a heads up that it’s being looked at. It’s a big, big deal if it’s true.

In fact, according to McEnany, Trump still hadn’t been briefed on the subject as of early this afternoon. Why didn’t he call up Gina Haspel immediately on Friday and demand to know why he had to find out about possible Russian bounty-hunting of Americans in the New York Times instead of from the CIA? His political enemies, including Joe Biden, Nancy Pelosi, and the Never Trumpers at the Lincoln Project in the ad below, have already made hay of the story. He should be irate about being blindsided by his intel team. Is he?

Putin paid a bounty to kill American soldiers. @realDonaldTrump knew about it but did nothing. How can Trump lead America when he can't even defend it? pic.twitter.com/oEbnc2cWbT

He sounded irate at the media this morning, specifically the Times, for reporting that he was briefed. Where did that information come from? If the NYT and the AP discover that they were lied to by some anti-Trumper in the intelligence community, will they burn their source by outing that person? That’s what media outlets are supposed to do when they’re given false info by someone with a political axe to grind. You discourage the other liars out there who are looking to launder smears through the press by rescinding the guarantee of anonymity that they were given before they lied to you.

Here’s McEnany at today’s briefing. A looming question that will become important if/when the intelligence on the bounties is verified: How will Trump respond to Russia?

White House Press Secretary Kayleigh McEnany said President Trump and Vice President Pence were never briefed on the Russian bounty matter and that there was 'no consensus in the intelligence community on these allegations' https://t.co/dhC3ax6D2X pic.twitter.com/wZ4GEOLFb5