Portland Mayor Ted Wheeler on people shouting at him in public places: 'I just call BS on that'

Willamette Week just published a podcast interview with Portland Mayor Ted Wheeler. One of things Wheeler was asked about was the frequent habit activists have of confronting him in public spaces, particularly restaurants. Wheeler made clear he thought this had crossed a line especially one recent incident where his child was present.

“With regard to people coming up to me individually, I’m of two minds on this,” Wheeler said. He continued, “Number one, I don’t mind if somebody comes up to me if I’m at the grocery store or if I’m just walking down the street and they say ‘Ah, it’s the mayor, I don’t get a chance to talk to the mayor and I want to ask the mayor a question or I want to give the mayor a suggestion or an idea,’ I welcome that. I think that’s great. That’s the part of retail politics that, frankly, I really like.

“But when somebody comes into a restaurant shouting and screaming, knocks tables out of the way, starts filming patrons, threatening people who ask them to leave, that’s crossing a whole different line. That’s not acceptable and it should never be acceptable. And particularly if I’m with my child, I just call BS on that. That is off limits and if push comes to shove I will defend my child.”

Wheeler is referring specifically to a recent incident where people confronted him while he was with his daughter:

“Ted Wheeler gasses children in their homes where they cancer and die!”

That follows at least two similar incidents including one in January where activists allegedly hit him in the shoulder while he was on a date.

Watch how Ted tries to age-check the unhappy citizen.

This is how the mayor of Portland gets treated when he leaves his hidey-holes. pic.twitter.com/8IJASJ35Ge

Then there was another incident later the same month where Wheeler pepper-sprayed a man who got in his face about social distancing:

The last thing the man says before Wheeler deploys pepper spray appears to be: “Thanks for ruining our city,” although the last word is garbled.

“You just pepper-sprayed me,” the man then says.

In the interview Wheeler also references having to move out of his high-rise after protesters occupied the building and set a small fire.

It’s good news that the Mayor had gradually decided to stand up for himself and his family. But it’s a shame he couldn’t have done that for the entire city a lot sooner. It took over 100 nights of protests turned riots before the mayor finally got the message that you can’t play nice with anarchists and expect anything but destruction. Here’s the full interview with Mayor Wheeler: 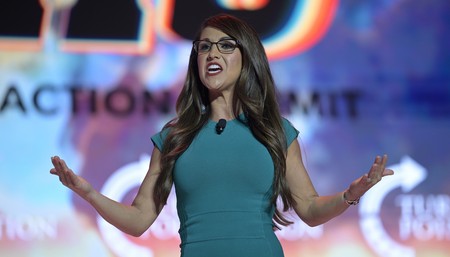 Finally, Someone Called LeBron James Out For Bowing Down to China
Townhall
AWKWARD! Watch Rep. Byron Donalds paint former Twitter execs into quite a corner
Twitchy
Biden Blithely Admits One of Documents FBI Seized Is From 1974 in Troubling PBS Interview
Redstate
BREAKING: James O’Keefe Put on Leave at Project Veritas. Has There Been a Coup?
PJ Media