Politico has something it calls The Politico Caucus. It’s described as “a panel of activists, strategists and operatives in 10 battleground states.” In a story published Friday, Politico asked those Dems to respond anonymously about what they think will happen at the Democratic National Convention this summer. Sixty-five percent of the respondents said they were worried the party would not be unified in time. Politico reports, “Only 35 percent of Democrats said they weren’t worried about unifying the party, with 42 percent ‘somewhat worried,’ and another 23 percent who were ‘very worried.'”

More interesting than overall results, however, are some of the comments Politico got in these anonymous responses:

“After experiencing first-hand the madness of the [Nevada state] Convention and seeing the aftermath where we still have yet to see Sanders doing anything to quell the fire, I’d say we are in for a rough ride in Philly,” said a Nevada Democrat — who, like all respondents, completed the survey anonymously.

“Bernie is doing great damage right now by giving his most ardent supporters the illusion that he can win, and impression that if he doesn’t it’s because the system was rigged or they were robbed,” said a Colorado Democrat. “Much of what we are seeing in Nevada happened in Colorado at our Convention, although on a much smaller scale – booing anyone other than Sanders, near violence in the hallways, and a sense that if anything didn’t go their way it was because the system was rigged.”

The survey was anonymous but if you had to guess, those responses sound like they are coming from Clinton supporters upset that Sanders is not falling in line. However, Politico also got responses from people who blame the Democratic establishment for the mess:

“It’s 1968 in the making,” said another New Hampshire Democrat. “And [DNC chair] Debbie Wasserman Schultz is squarely to blame for trying to rig the system from the get-go. Chairs flying in Las Vegas could look like child’s play come August. The Sanders revolt and the general distrust of Clinton by thoughtful Democrats who just won’t motivate for such a flawed nominee are a recipe for disaster.”

Against all odds, we are looking at a real possibility now that the Democratic convention could be more of a chaotic mess than the Republican convention. I’m not suggesting there won’t be big protests at the GOP event, that’s a given. But those protesters will be the same sort of folks who have been showing up at Trump rallies for months, i.e. far-left Democrats. They will, no doubt, do their best to get media attention as they did in Burlingame, CA not long ago. But those protests will essentially remain a challenge from the opposing bench.

In contrast, Sanders’ camp has already set up for a massive rally of his own supporters outside the Democratic convention. The protesters there won’t be angry right-wingers, they’ll be the young, enthusiastic people who have been showing up for Sanders all year, i.e. the future of the Democratic party.

A lot can change between now and the conventions. Sanders could decide to back down or even withdraw for the sake of the party. That’s clearly what a lot of people in Clinton’s camp, including Clinton herself, would like to see. But for the Dem convention looks like a high-speed crash happening in slow motion. 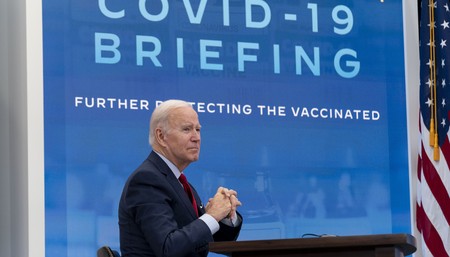 Joe Bye-Done: WaPo's Article About Biden's Struggles Sure Does Drive a Dagger Into His Presidency
Townhall
Writer looks into why anti-vaccine newsletters on Substack 'have been allowed to exist'
Twitchy
Does Justice Sotomayor's Intemperate Rant at Her Colleagues Indicate That She Knows Roe v. Wade Is About to Be Overturned?
Redstate
Meet 'Dr. Tarece' — and Pray for the Families in Georgia's Largest School District
PJ Media