Dem House candidate: Climate-change skeptics should suck on a tailpipe, or something

The good news: At least Rob Quist didn’t claim that climate-change skeptics have no room in the Democratic Party, unlike DNC chair Tom Perez’ litmus test. On the other hand, the Democrat vying for Montana’s open House seat in a May 25th special election seems to feel that they have no room on the planet. Via the Free Beacon, Quist prescribed a garage-car suicide to skeptics so that they could see the light:

On a televised debate, Quist was given the last chance to comment on climate change when he made his strange recommendation.

“This is something that the entire world needs to address,” Quist said. “If any those of you that feel like this is not a problem, I challenge you to go into your car in your garage, start your car, and see what happens there.”

Ahem. The dangerous part of tailpipe emissions is carbon monoxide, a well-known poison which has no beneficial use for life. The theory of climate change is based on release of carbon dioxide, a trace element in the atmosphere which is critical for plant life. The difference between the two of them is why people have carbon monoxide detectors installed in their houses, but also put plants in them. Does Quist understand the difference between CO and CO2? If not, then he has no business even discussing climate change in hypothetical terms, let alone lecturing the rest of us about it.

Of course, the EPA does list both as a “pollutant,” which is as nonsensical as it gets, considering the critical nature of CO2 to life on Earth. That position gets a serious challenge in a new, peer-reviewed paper from three scientists, who put the EPA’s endangerment finding to the test. The agency used an argument called the Tropical Hot Spot Hypothesis for the basis of that finding, but the paper rebuts it, claiming that the conclusions were easily accounted for with other data:

Adjusting for just the Natural Factor impacts, NOT ONE of the Nine (9) Tropical temperature time series analyzed above was consistent with the EPA’s [Tropical Hot Spot] Hypothesis.

That is, adjusting for just the Natural Factor Impacts over their entire history; all nine of tropical temperature data analyzed above have non-statistically significant trend slopes—which invalidates the THS theory. Moreover, CO2 did not even come close to having a statistically significant impact on a single one of these temperature data sets. From an econometric structural analysis standpoint, the generic model worked extremely well in all 9 cases. …

These analysis results would appear to leave very, very little doubt but that EPA’s claim of a Tropical Hot Spot, caused by rising atmospheric CO2 levels, simply does not exist in the real world. Also critically important, this analysis failed to find that the steadily rising Atmospheric CO2 Concentrations have had a statistically significant impact on any of the 14 temperature time series that were analyzed.

Thus, the analysis results invalidate each of the Three Lines of Evidence in its CO2 Endangerment Finding. Once EPA’s THS assumption is invalidated, it is obvious why the climate models they claim can be relied upon, are also invalid. …

The above analysis of Global Balloon & Satellite atmospheric temperature as well as Contiguous U.S. and Hadley Global Average Surface Temperature data turned up no statistical support for suggesting that CO2, even taken together with all other omitted variables, is the cause of the positive trend in the reported U.S. and Global temperature data.

In fact, it seems very clear that the Global Warming that has occurred over the period 1959 to date can be quite easily explained by Natural Factor impacts alone. Given the number of independent entities and differing instrumentation used in gathering the temperature data analyzed herein, it seems highly unlikely that these findings are in error.

John Hinderaker sums up the impact of this new study:

* A reasonable (although debatable) scientific argument based on energy transfer can be made that a doubling of CO2 would raise the earth’s average temperature by 1 degree centigrade. Everyone agrees this would be a good thing.

* To generate scary headlines, alarmists speculate that various positive feedbacks would increase that possible 1 degree temperature gain to somewhere between 3 and 6 degrees. These feedback theories are speculative at best. Really, we know they are false, since higher temperatures over the past 500,000 years have not caused any sort of runaway temperature increase.

* Global warming alarmism is based solely on models, not on observation. But we know the models are wrong. They predict far greater warming than has been observed over recent decades. A model that has been proved wrong is worthless. It can’t be resuscitated by after-the-fact selective, politically-motivated tweaking.

There are good reasons to limit emissions of known poisons into the atmosphere, such as carbon monoxide, especially in areas of high population concentration. The US has come a long way over the last 50 years or so in cleaning up CO and particulate emissions. I grew up in the greater Los Angeles area, where Stage 1 and Stage 2 smog alerts were relatively common, and parents were warned to limit their children’s activities. However, the decades-long hypothesis about carbon dioxide triggering runaway temperatures has failed to show a match between its models and the empirical evidence.

Maybe Rob Quist can study that in his garage, without running his car. He can get to that just as soon as he installs carbon dioxide detectors in his house. They look something like this: 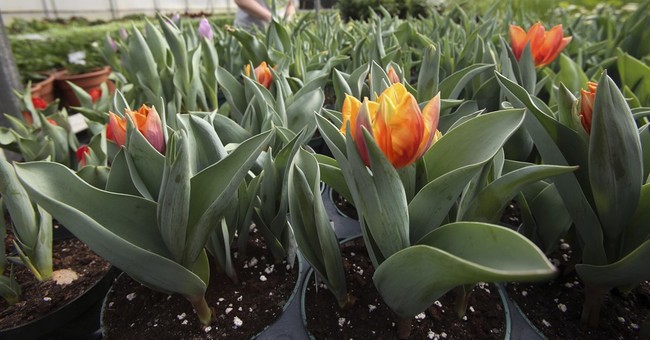 Oh No, Some Leftist Jerks Called Me a 'Hypocrite'
Townhall
Tweeter risks wrath of some of America's most privileged lib journos in order to expose their efforts to hide their backgrounds from the public; UPDATED
Twitchy
Biden Drops a Whopper About DeSantis and a Mafia-Like Comment That Has People Talking
Redstate
5 Years After Las Vegas Concert Shooting, an FBI Whistleblower Reveals Probable Motive
PJ Media