Hillary Clinton continued her post-retirement speaking tour in Buffalo last night, but it didn’t go undisturbed. A heckler began yelling in the middle of her speech, shouting “Benghazi! Benghazi! You let them die!” Clinton responded by insisting that issues need calm discussion, not yelling:

Former Secretary of State Hillary Clinton was heckled about Benghazi Wednesday night during a speech at the University of Buffalo while discussing the need for members of Congress to work together more.

According to CBS affiliate WIVB-TV, a man in the audience stood up and yelled, “Benghazi, Benghazi, you let them die,” a reference to the attack on the U.S. consulate in Benghazi, Libya in 2012 while Clinton was secretary of state.

“We have to be willing to come together as citizens to focus on the kind of future we want which doesn’t include yelling, it includes sitting down and talking with one another,” Clinton responded, which earned her a standing ovation from the crowd.

I seem to recall when Congress asked Hillary Clinton to sit down and tell them the truth about what happened in Benghazi that her reaction didn’t exactly follow her own advice:

Actually, I agree with Hillary Clinton on this point.  Heckling doesn’t do much good, as I noted when hecklers tried interrupting Ted Cruz earlier this month; they only make the speaker look better and the cause of the hecklers look more petty.  That’s why Hillary Clinton should appear under oath at the House Oversight Committee hearings into Benghazi to provide serious answers as to why the State Department ignored months of warnings about the security situation in Benghazi as all our Western allies left the city, leaving the facility unprepared on the anniversary of 9/11 in an area where al-Qaeda and its allies operated openly.  She can also come together with Oversight and talk with them about what was going on in the White House during the attack, and how she and the President decided to blame a YouTube video when State, the Pentagon, and the CIA knew within hours that it was a well-planned terrorist attack.

Four Americans died because State didn’t act to protect them when they had months of opportunities to do so, and not one State Department employee has lost a single paycheck for that failure. We can sit down and talk about that too, Secretary Clinton.

Update: Joel Pollak and I are on the same page, which is always a comforting thought. 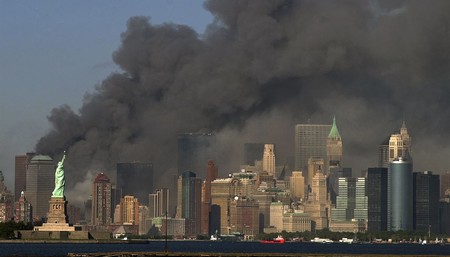 Leana Wen: Being unvaccinated and going out in public is like drunk driving
Allahpundit Sep 10, 2021 6:41 PM ET