A day after insurers complained that Kathleen Sebelius and the Obama administration had pressured them to fund Enroll America, a House committee sent them a request for more information on the matter.  The Energy and Commerce Committee had already begun looking into whether Sebelius had broken any laws by attempting to get donations from an industry that will be heavily regulated by her under ObamaCare, and now The Hill reports this new request as a widening of that probe (via Rare):

House Republicans have widened their probe of Health and Human Services Secretary Kathleen Sebelius by asking the country’s largest health insurers for information on her fundraising for a nonprofit group promoting ObamaCare.

Leaders on the Energy and Commerce Committee wrote to 15 insurance companies and other groups on Friday asking whether Sebelius had contacted them to solicit funds for ObamaCare’s implementation.

Companies should hand over any internal communications that document conversations with Sebelius or discussions about her request, including emails, lawmakers wrote.

The key to understanding this request is the nature of Enroll America.  It’s a non-profit group that will supposedly help to get Americans to participate in ObamaCare exchanges — a task of HHS, actually.  Sebelius wants the assistance to keep from having to ask for more funds from Congress to accomplish the enrollment, which could require tax hikes on insurers.

Instead, Republicans argue, Sebelius is attempting to impose a quasi-tax on insurers by pushing them for donations at the same time they have to qualify themselves and their health-care plans with HHS.  Enroll America has former and current Obama administration figures in its top ranks, making the connection even more explicit. Refusing to ante up for Enroll America might prejudice HHS in its determinations — a suggestion that would have sounded unlikely until this month’s IRS corruption scandal showed federal agencies perfectly willing to discriminate based on politics.

If indeed that was Sebelius’ plan, it violates the concept of the separation of powers.  The executive branch is accountable to the legislative branch primarily through the power of the purse.  An attempt to bypass that accountability by setting up supposedly independent private organizations and then twisting arms using enforcement power to fund them would be a serious breach of that division of power.  The committee wants to know exactly what Sebelius and HHS may have threatened or promised in exchange for those funds.

Perhaps it’s nothing.  Perhaps it’s worse than it looks.  We certainly aren’t going to find out the truth just by asking the White House, as the ever-changing stories on the IRS scandal and Eric Holder’s fibs in Congress prove.  Expect the House to run this ground ball out even if three other scandals take up more of the focus in Congress.

The Washington Post quoted an HHS spokesman last week saying, “We requested additional money [from Congress] . . . but we didn’t receive any additional funding for the exchanges. So we had to come up with Plan B.”

My immediate thought was: Isn’t “Plan B” what got Oliver North in trouble during the 1980s?

While working in the Reagan administration, Col. North was accused of using money raised in an arms-for-hostages swap with Iran to fund and work with private organizations providing military support to rebel armies in Nicaragua. North was found to have done this even though Congress had refused to provide funding and prohibited spending any available funds for such purposes.

A select Joint Committee of Congress investigated what became known as Iran-Contra. The problem was not just where the money came from, but also where and how it was spent. Article I of the U.S. Constitution does not permit government officials to spend money that Congress has refused to authorize or appropriate. Federal laws such as the Anti-Deficiency Act make this behavior unlawful.

There is, of course, a difference between Nicaraguan rebels and health care. With Iran-Contra, Congress had also prohibited support for the rebels, while in the case of health-care funding, Congress has refused to provide the amounts that the administration has asked for. But the principle and the legal prohibitions are the same.

The report of the bipartisan majority of the Iran-Contra Select Committee summarized the law in November 1987: “The Constitution does prohibit receipt and collection of such funds by this government absent an appropriation. This appropriation may not be evaded by use of a nominally private entity if the entity is in reality an arm of the government and the government is able to direct how the money is spent.”

The report also said: “Congress’s exclusive control over the expenditure of funds cannot legally be evaded though the use of gifts or donations to the executive branch. Were it otherwise, a president whose appropriation requests were rejected by Congress could raise money through private sources or from other countries for armies, military actions, arms systems or even domestic programs.” Note: even domestic programs.

Be sure to read it all. 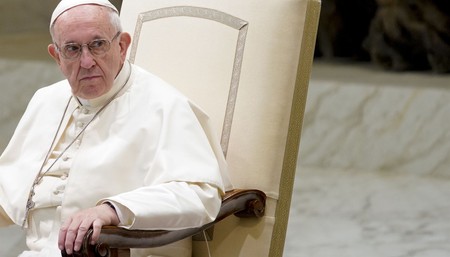