Many filmgoers lament that Hollywood doesn’t make movies like they did in the Golden Age. Screwball romantic comedies have long since passed the scene, replaced by gross-outs like American Pie and There’s Something About Mary. Even normal romantic comedies seem handicapped by modern cynicism or burdened by political correctness, as in the entertaining but message-laden You’ve Got Mail and especially Two Weeks Notice.

As an antidote, Leatherheads tries to reach back to the Gable-Lombard era with a period piece set in 1925, when professional football had most definitely not captured the heart of America. George Clooney and Renee Zellweger play hard-bitten but ultimately likable people trying to exploit a war hero that may not be everything he claims. It succeeds in capturing the bantering style and the overall feel of classic screwball comedies and is entertaining, even if it seems a little uneven and contrived at times.

Clooney plays Dodge Connelly, a middle-aged football player looking for a way to rescue his league, who sees a fortune in All-American Princeton player and war hero George Rutherford. Meanwhile, ace reporter Lexie Littleton (Zellweger) gets sent by her editor to dig up dirt on Rutherford as a way to sell papers. Rutherford’s agent CC Frazier (Jonathan Pryce) may be as devious as Dodge and Lexie in trying to protect his investment.

It’s a great set-up that does pay off, but it passes through some cliches to get there. We have a Big Game, a Love Triangle that doesn’t really work well, a Chase, a Bar Fight, and an odd Deus ex machina of a league commissioner that doesn’t reflect history at all. (The NFL, despite the film’s insistence that it had no rules, had presidents from their inception and no commissioner until the 1940s.) It also gets a little slow in the second half while some of the plot lines get resolved. However, the explanation of Rutherford’s war-hero status is hilarious, and it winds up playing an interesting and clever role in the climax.

Leatherheads won’t win any awards, but like its protagonists, it’s aiming for more modest goals. It recalls the spirit of classic movies like The Front Page and It Happened One Night even if it doesn’t approach them in stature. Clooney, Zellweger, and the rest of the cast are charming as well-intentioned rogues, and audiences will find it entertaining enough to justify spending $9 at the box office. With the exception of some mildly rough language, it’s family-friendly and will have you smiling as you leave the theater. Unfortunately, Hollywood doesn’t make movies like that very often any more.

Trump isn't the only politician still clinging to the belief that they were cheated at the polls
Allahpundit Oct 19, 2021 1:31 PM ET

McAuliffe sweats: My comments about parents not telling schools what to teach are being taken "out of context"
Allahpundit Oct 19, 2021 11:31 AM ET 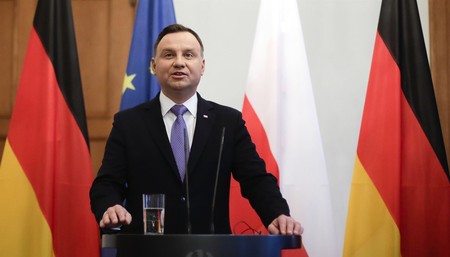