Swamp creatures don’t like change. It’s a bi-partisan thing. Case in point, an opinion piece in the form of an open letter was written for CNN by former White House press secretaries, foreign service, and military officials Saturday. It was signed by those who served in the administrations of George H.W. Bush, Bill Clinton, George W. Bush, and Barack Obama. They want the current White House press secretary to resume the daily briefings.

It should be noted that several of the former Clinton and Obama administration staffers are now paid by CNN as political commentators and analysts. There are seven former White House press secretaries and six former State and Defense briefers who participated. Here is the list of those who signed the piece:

The Trump administration is an untraditional presidential administration, to state the obvious. Apparently it is difficult for the Never Trump crowd and the Democrats with whom they socialize to accept that times are different now. There is no looking back. We live in an age of social media. For those under the age of 40, current events are digested through social media and online sites, for better or worse. The general public probably doesn’t even notice that the televised daily briefings from the White House press secretary no longer happen on a regular basis. Most people are working or otherwise engaged in their daily lives instead of watching C-SPAN or cable news during the day.

The open letter uses the justification that the daily briefings put pressure on the White House to make timely decisions and that makes the White House run better or something.

“The process of preparing for regular briefings makes the government run better. The sharing of information, known as official guidance, among government officials and agencies helps ensure that an administration speaks with one voice, telling one story, however compelling it might be.

Regular briefings also force a certain discipline on government decision making. Knowing there are briefings scheduled is a powerful incentive for administration officials to complete a policy process on time. Put another way, no presidents want their briefers to say, day after day, we haven’t figured that one out yet. …

Using the powerful podiums of the State Department, Pentagon and White House is a powerful tool for keeping our allies informed and letting our enemies know we are united in our determination to defeat them both on the battlefield and in the world of public diplomacy.”

Sean Spicer suspended daily briefings from the Trump administration. The White House press corps, however, has regular access to Q&As with President Trump. He holds mini-press conferences with them as he goes to Marine One at the White House and during photo opportunities at the White House. He makes announcements about initiatives and responds to news reports himself, either in person on camera or on social media. Press Secretary Stephanie Grisham responds to the press when needed and the White House communications office is active. There is no news black-out. The press corps is denied a daily shot at television drama, though, and that’s a good thing.

“The White House Correspondents’ Association, which represents reporters that cover the president at the White House, started in 1914. It was about a year after Woodrow Wilson became the first president to begin holding full normal press conferences,” said Gillman.

Wilson reportedly grew tired of those press conferences due to “irrelevant “questions from reporters.

And while President John F. Kennedy was the first to hold a live TV press conference, the concept of a daily, live televised briefing didn’t begin until the Clinton administration — but that ended pretty quickly.

“The briefing is more an opportunity to exchange ideas and to have a conversation about what’s happening. That wasn’t really happening in a way that as productively as we had hoped,” reflected former Clinton Press Secretary Dee Dee Myers in an interview with C-Span.

I’ll end with this – two authors, Stephen King and Don Winslow have offered Press Secretary Stephanie Grisham $200,000 to go to charity in exchange for an hourlong briefing.

“We will donate $175,000 to [St. Jude] in your name & help a lot of kids if you will take questions from the full White House press corps for 1 HOUR in the WH briefing room,” Winslow said in a tweet.

In response to the offer, Grisham told CNN, “If you have $200,000 to play with, why not just help children because it’s a good thing to do? Donations to charity should never come with strings attached.”

Winslow was outraged by Grisham’s response. He tweeted, “First, we both regularly donate to charity. Second, why do all Trump officials refuse to answer the most basic questions they are asked? Stop evading, Stephanie. Let’s try again: Why have you not held any White House press briefings for over 300 days? What are you afraid of?”

First, we both regularly donate to charity. Second, why do all Trump officials refuse to answer the most basic questions they are asked? Stop evading, Stephanie. Let's try again: Why have you not held any White House press briefings for over 300 days? What are you afraid of? 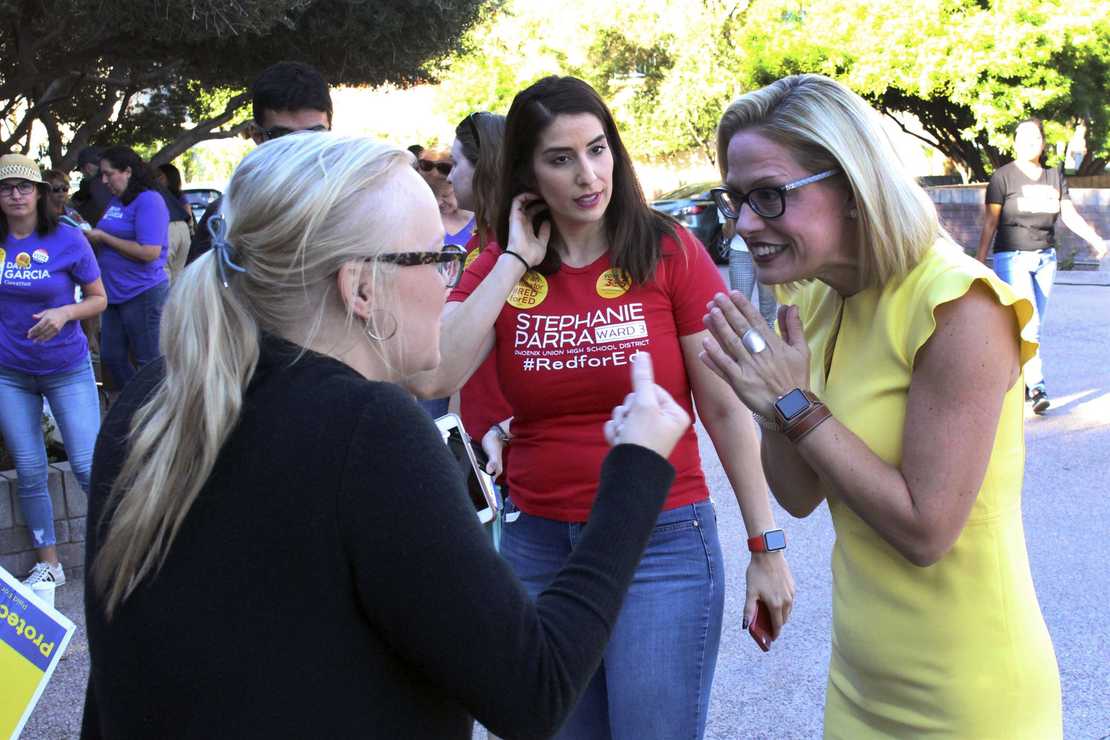 Kyrsten Sinema Throws the Left's Standard Right Back in Their Face, and the Freak out Continues