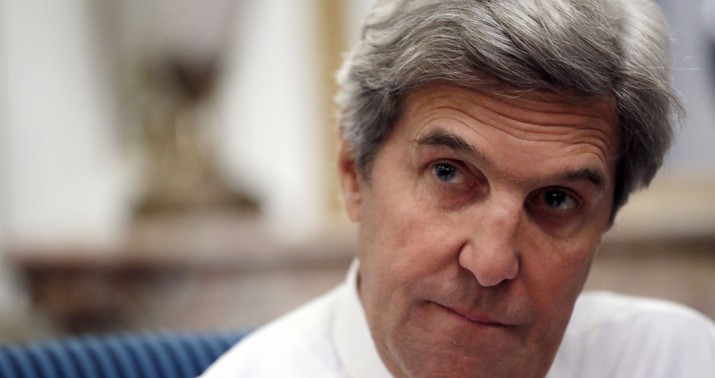 Last week John Kerry gave an interview to CBS News in which he made the following claim: “Well, the scientists told us three years ago we had 12 years to avert the worst consequences of climate crisis. We are now three years gone, so we have nine years left.” As Ed pointed out Friday, there’s a history of these kind of dire warnings which always puts the time left about a decade from now. Today, the Washington Post fact-checked this claim and found it wanting.

“Slogan writers are vague on whether they mean climate chaos will happen after 12 years, or if we have 12 years to avert it. But both are misleading,” Myles Allen of the University of Oxford, one of the report’s lead authors, wrote in 2019.

“Please stop saying something globally bad is going to happen in 2030,” he added. “Bad stuff is already happening and every half a degree of warming matters, but the IPCC does not draw a ‘planetary boundary’ at 1.5°C beyond which lie climate dragons.”

Duke University professor Drew Shindell told the Post that the focus on decades is an artifact of trying to save computer time when running climate simulations. “To save computer time, the research community typically evaluates future climate scenarios every decade rather than every year, choosing multiples of 10,” Shindell said. As a result, when writing the IPCC report, what they had to work with was predicted outcomes every ten years, but there’s nothing magic about those dates. Shindell added, “there is nothing at all special about 12 years or 2030.”

A spokesman for the State Department tried to reframe Kerry’s statement but there is no deadline like the one he was describing last week. Here’s the Post’s ruling:

There are not “nine years left.” Action needs to be taken now to address climate change, according to the report Kerry cited. Moreover, 2030 is not a magic date when future efforts to combat man-made climate change will no longer be effective; it just means that if emissions are not reduced by 50 percent by 2030, the task will become even harder.

As the new climate envoy, Kerry has a specific responsibility to speak clearly about the challenges ahead. With the “12-year” fixation, he somehow managed to both make the task seem less urgent and also more hyperbolic. He earns Two Pinocchios.

You may recall that Alexandria Ocasio-Cortez made a similar claim back in 2019. “Millenials and Gen Z and all these folks that came after us are looking up and we’re like ‘The world is going to end in 12 years if we don’t address climate change and your biggest issue is how are we going to pay for it?’” AOC said at the time. She also got some pushback but, true to form, never admitted she was wrong. On the contrary, she later claimed that Republicans with bad intent were intentionally misunderstanding her comments which were never meant to be taken literally.

This is a technique of the GOP, to take dry humor + sarcasm literally and “fact check” it.

Like the “world ending in 12 years” thing, you’d have to have the social intelligence of a sea sponge to think it’s literal.

But the GOP is basically Dwight from The Office so who knows. https://t.co/pmkwrdeAnq

The fact that the people driving this conversation in the public sphere seem to frequently be talking nonsense probably doesn’t help convince ordinary people that these big pronouncements are reliable and rational.

Trump Jr. has PERFECTED the 'How it started/How it's going' game with tweet torching Molly Jong-Fast over Cuomo