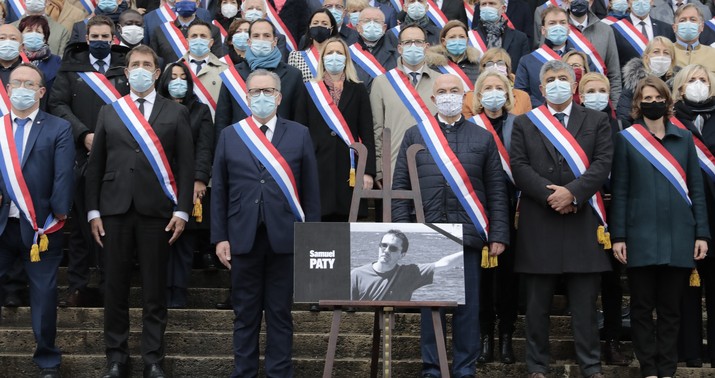 Recently there has been a concerted pushback from an older generation of French academics against what it sees as woke influences emanating from American universities and taking root in France. Earlier this month the NY Times published a story about a new book published by two French social scientists who argued that an obsession with race had become a “bulldozer” which is crushing other subjects.

Media coverage of the book led to some pushback but also to a letter of support signed 100 academics and intellectuals. Speaking of French universities, it read in part, “Indigenist, racialist and ‘decolonial’ ideologies (transferred from North American campuses) are very present there, fueling a hatred of “whites” and of France.” The letter went on to cite the inability of French universities to blame Islamism for the recent beheading of teacher Samuel Paty as proof that these woke American ideas were “a real threat to our universities.”

Frédérique Vidal, the minister of higher education, said in Parliament on Tuesday that the state-run National Center for Scientific Research would oversee an investigation into the “totality of research underway in our country,’’ singling out post-colonialism.

In an earlier television interview, Ms. Vidal said the investigation would focus on “Islamo-leftism’’ — a controversial term embraced by some of Mr. Macron’s leading ministers to accuse left-leaning intellectuals of justifying Islamism and even terrorism.

“Islamo-leftism corrupts all of society and universities are not impervious,’’ Ms. Vidal said, adding that some scholars were advancing “radical” and “activist” ideas. Referring also to scholars of race and gender, Ms. Vidal accused them of “always looking at everything through the prism of their will to divide, to fracture, to pinpoint the enemy.’’

France has since early last century defined itself as a secular state devoted to the ideal that all of its citizens are the same under the law, to the extent that the government keeps no statistics on ethnicity and religion…

Calls for greater awareness of discrimination have met opposition from a political establishment that often views them as an invitation to American multiculturalism and as a threat to France’s identity and social cohesion.

In short, wokeism is trying to do in France the same things it is trying to do here in the U.S., i.e. divide everyone into identity politics categories and highlight intergroup conflicts. It’s not hard to see how a country that sees its unifying principle as French identity, language, etc. would be opposed to an ideology whose central concern is the existence of systems of white supremacy. France wants to believe that culture can transcend race and wokeism sees that as denialism.

Naturally, there was some pushback on the plans for this investigation. The Conference of University Presidents put out a statement denouncing the investigation:

The CPU expresses its amazement at a new sterile controversy on the subject of “Islamo-leftism” at the university . “Islamo-leftism” is not a concept. It is a pseudo-notion which one would seek in vain for a beginning of scientific definition, and which it would be advisable to leave, if not to the animators of Cnews, more broadly, to the extreme right which popularized it.

The National Center for Scientific Research put out a similar statement:

“Islamogauchism”, a political slogan used in public debate, does not correspond to any scientific reality. This term, with its ill-defined contours, is the subject of numerous public positions, forums or petitions, often passionate. The CNRS strongly condemns those who try to take advantage of it to call into question academic freedom, essential to the scientific process and the advancement of knowledge, or to stigmatize certain scientific communities. The CNRS condemns, in particular, attempts to delegitimize various fields of research, such as postcolonial studies, intersectional studies or work on the term “race”, or any other field of knowledge.

As much as I like the idea of showing some resistance to the woke ideology taking over universities from within, the idea that this can happen through a government ordered investigation seems destined to fail. Academic freedom is a pretty universal concept in the western world so anything that appears to limit it is not going to gain support from academics. If there’s anything communism has taught us its that there’s not much you can do to stop academics from eagerly adopting bad ideas even when the bad outcomes of those ideas are readily apparent.