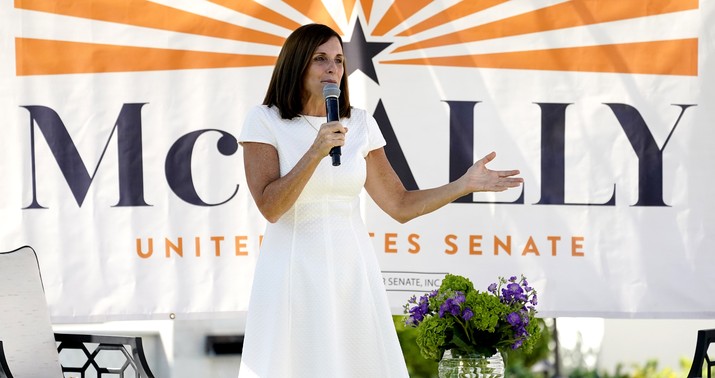 Let’s dive in to this. The polls won’t close in Arizona until 9 pm eastern time. Yesterday the final NBC/Marist poll showed a dead heat in the presidential race. Real Clear Politics puts it at +0.9 for Biden, basically a tied race. Things aren’t looking quite as good in the Senate race where Martha McSally is trailing Mark Kelly by something like 5-6 points.

In Nevada, polls close at 10 pm eastern. Despite some concern that Democrats might be underperforming in the early vote, the state’s top election analyst, Jon Ralston, has predicted a Biden win. It’s worth noting that Ralston opened his piece predicting Biden’s win by saying, “It’s not impossible for President Donald Trump to win Nevada.” RCP has the race at +2.4 for Biden with the final poll from Trafalgar showing +1 for Trump.

In the presidential race, Montana, Colorado and Kansas appear to be fairly solid bets. Trump leads in Montana and Kansas and Biden leads in Colorado. However the Senate races in all three states will be important.

In Kansas, polls close at 9 pm eastern. Republican Roger Marshall appears to have an edge over Democrat Barbara Bollier, who used to be a Republican but switched parties in 2018. This race should be a given for Republicans and the most recent poll (NYT/Siena) showed Marshall leading by 4 points. But a KMBC election analyst says the fact that Trump doesn’t appear to be winning the state as handily as he did in 2016 means it’s less of a given than it might otherwise be. KMBC also expects Bollier to take an early lead because of which votes have already been counted, though it may not last long.

In Colorado, polls close at 9 pm eastern. The Senate race there is between Republican Cory Gardner and Democrat John Hickenlooper. RCP only has two polls of this race but both of them show Hickenlooper ahead by 8 or 9 points. CBS Denver spoke to two analysts, one Democrat and one Republican. Both said Hickenlooper is going to win:

Both Dino and Wadhams said they expect Republican Sen. Cory Gardner to be ousted on Tuesday by Democratic challenger John Hickenlooper in Colorado’s U.S. Senate Race…

“I agree, I think Boebert’s going to win,” Wadhams said. “I think Trump and Cory have really tough roads ahead of them in this election.”

If Gardner does somehow pull this out, that would be a sign that nearly everyone had this wrong and badly so.

Finally in Montana, polls close at 10 pm eastern. The Senate race is between Republican Steve Daines and Democrat Steve Bullock. This race is looking fairly tight. RCP doesn’t list an average but polls taken this month range from +9 Daines (Emerson) to +1 Bullock (MSU-Billings). The highest rated poll taken this month, according to FiveThirtyEight, was the NY Times/Siena poll showing Daines at +3.

Update: Polls just closed in Colorado and Fox News has called the Senate race for Hickenlooper.

Fox projects that Dem John Hickenlooper will defeat GOP CO Sen Cory Gardner. First pickup of the night for Dems in their quest to win the Senate

Update: As predicted, Barbara Bollier is off to a early lead in the Kansas Senate race.

Update: Just checking the results in Kansas again. With 75% of the vote in, Roger Marshall leads 51.9% to 43.3% and Politico and the AP have called it for Marshall.

Update: The AP has called Montana for Trump but the Senate race still hasn’t been called. With 47% of precincts reporting, Democrat Steve Bullock has a lead of about 14,000 votes.

Update: The latest on the Montana Senate race. Daines is now leading.

Most of the outstanding vote appears to be from GOP areas.

Update: I was watching the President’s speech. But the Montana Senate race has now been called by Fox News and the AP.

With this win it looks likely Republicans will hold the Senate regardless of who wins the White House, though that still depends on the races in Georgia, at least one of which will go to a runoff.