A man wanted to open an ice cream shop, unfortunately he was in San Francisco 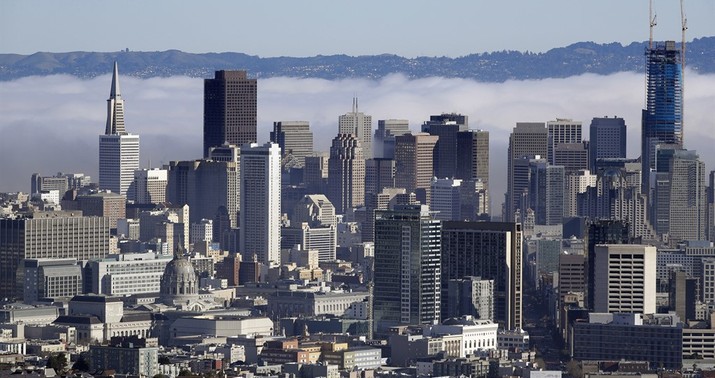 It’s difficult to open a business in some parts of the country because of all the red tape involved. One of the places where that’s definitely the case is San Francisco. Last Friday the San Francisco Chronicle published a column outlining Jason Yu’s attempt to open an ice cream shop in the city and the months and months of delays he has faced trying to take his project through various slow-moving departments.

Yu decided he wanted to open a shop selling green tea flavored ice cream back in 2018. Eventually, he found an empty storefront and in June 2019 he signed a lease which cost him $7,300 per month. He knew it would take a few months to open but he was prepared for that. He hired an architect to make plans for new electrical and plumbing but there were no structural changes needed and no changes to the outside of the building. Six months later, in June 2019, he submitted his plans to the Department of Building Inspection. And that’s when his real nightmare began:

The first step was getting the OK from the Planning Department to operate the ice cream shop — even though a restaurant had already operated there and his shop fit the corridor’s zoning rules.

The Planning Department, like always, required him to notify neighbors of the plan and allowed any one of them within 150 feet to object. Neighbors learned about the project in late February and had until mid-April to complain. And someone did complain, triggering a hearing at the Planning Commission, which can take 12 weeks to schedule. That’s many months of rent flushed away because one neighbor doesn’t like what’s allowed by the city…

In Yu’s case, the complaining neighbor was a competing ice cream shop. It doesn’t take a genius to see why that shop might gripe, but nevertheless Yu had to hire a lawyer and wait until the hearing on June 11 to do any more work on his shop.

One year from the date he’d signed his lease, the Planning Department voted 7-0 to grant Yu’s shop a permit to operate. He went back to the Building Inspection Department only to discover they had a backlog which meant more delays:

His file was assigned to a plan reviewer at the Department of Building Inspection in late June, and it took about two months for any response — compared with the usual response time of two weeks. The reviewer gave Yu’s architect 30 comments on the plans in late August, and about half of them have been dealt with, according to Daniel Lowrey, deputy director for permit services.

The President of San Francisco’s Small Business Commission says the process is so slow you have to already be wealthy to open a small business.

“You need to have a quarter million dollars on hand to open a f—ing ice cream store?” Laguana asked, clearly angry. “San Francisco with all its magic and glory should be the easiest place to open a business in America, and right now it’s among the hardest.

Jason Yu, who will likely spend a minimum of $200,000 before his shop can even open now wishes he hadn’t tried to open a business in San Francisco.

There is an initiative on the ballot in San Francisco this fall which could improve things. Prop H is called the “Save Our Small Businesses Initiative” and if passed is intended to cut the permitting process from one year down to a month. Mayor London Breed introduced Prop H and it currently has bipartisan support. So maybe there’s hope on the horizon though it’s gong to come too late for Jason Yu.

Here’s an ad for Prop H:

Dan Crenshaw Right About What 2A Community Needs

SEE YA: People are dropping the software company @Expensify after the CEO urged every customer to vote for Joe Biden