The ‘dossier has been corroborated’ supercut (plus the FISA warrant supercut) 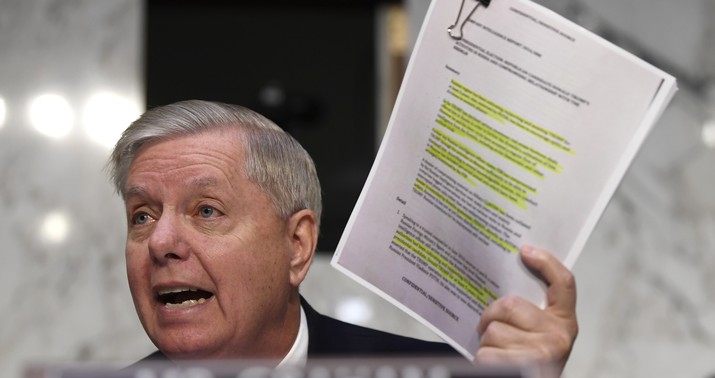 We’ve already covered the substance of this issue in previous posts. To very briefly recap, the IG report stated that interviews with the major subsource for many of Steele’s allegations convinced the FBI many of the allegations weren’t reliable. The primary subsource said, “made statements indicating that Steele misstated or exaggerated the Primary Sub-source’s statements in multiple sections of the reporting.” In particular, the splashy allegations about a “pee tape” were said by the subsource to be “rumors and speculation.” The primary subsource also said the claims were “word of mouth” shared over beers and added that some of the information coming from various sub-sources might have been made in “jest” and needed to be taken with “a grain of salt.” In short, a lot of this information was hot garbage.

With all of that in mind, enjoy this supercut of talking heads at CNN and MSNBC touting the corroborated dossier.

SUPERCUT — Media to Americans: Of course the Trump dossier is true! pic.twitter.com/R2uOijnMeJ

There’s another supercut making the rounds today which is equally amusing. This one put together by the Washington Free Beacon compares the statements of various talking heads and politicians about the FISA warrant to the conclusions reached this week by Inspector General Horowitz. Watching this it really is remarkable that the contents of the report have produced so little soul-searching on the part of the media. Well, it would be remarkable if not for the fact that CNN and MSNBC have been pushing a partisan agenda for the past two years. In light of the IG report that agenda is a lot more obvious now than it was before.

“Prepare for the expectation that this might be bad.”

'Good for me but not for THEE': Betsy DeVos absolutely owns AOC for being a flaming hypocrite over Public Charter Schools

The Law of Unintended Consequences Strikes the Democrats

Why You Should See How Bernie Does In Texas and California?

Under the bus you go!

Seances and Senate runs: Talk we must about Joe Biden’s gaffery

Buttigieg: Are we really going to nominate someone who’ll force us to answer for his Castro apologetics?

“Why are we spotlighting the literacy programs of a brutal dictator…?”

“I grant that the turnouts aren’t at the level that we would hope.”

Andrew Yang would be proud

“I’m sorry, what?” Bloomberg adviser hints at mother of all oppo-research drops on Bernie

Why did Gallup poll Americans about their beliefs about UFOs?

And why aren’t the numbers changing?