The IG Report on the reliability of the Steele Dossier 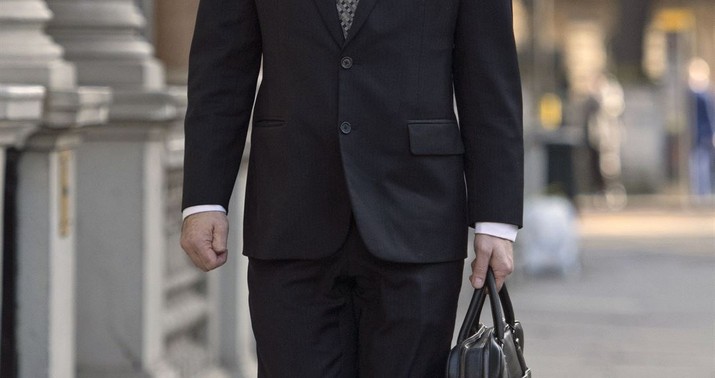 You probably recall that just before the election, Steele spoke to Mother Jones for an article about some of the allegations in his dossier. When Steele’s FBI handler found out about the article the day after it was published, they immediately called him. What’s interesting is the reason Steele gave for why he’d gone to a left-wing media outlet with his story:

On October 31, 2016, three days after then FBI Director James Comey’s public announcement that the FBI was reopening its investigation into then Secretary Clinton’s use of a private email server based on the receipt of new evidence, Mother Jones published an article titled “A Veteran Spy Has Given the FBI Information Alleging a Russian Operation to Cultivate Donald Trump.” The article described the work of a “well-placed Western intelligence source” with a background in Russian intelligence who was sharing information with the FBI. The article presented information contained in Report 80, and quoted the officer as stating that, based on his interactions with the FBI, “[i]t’s quite clear there was or is a pretty substantial inquiry going on.”

Steele’s handling agent, Handling Agent 1, told the OIG that he first learned of the Mother Jones article on November 1 when SSA 1 emailed him a copy. Handling Agent 1 telephoned Steele that day and asked him if he had spoken with the author of the article. According to Handling Agent l’s records, Steele confirmed that he had spoken with the author. Handling Agent l’s notes state that Steele was “concerned about the behavior of [the FBI] and was troubled by the actions of [the FBI] last Friday” (i.e., Comey’s announcement concerning the discovery of additional Clinton emails). The notes also state that Handling Agent 1 advised Steele that he must cease collecting information for the FBI, and it was unlikely that the FBI would continue a relationship with him. Handling Agent 1 told us he had no further contact with Steele after the November 1 telephone call…

Steele told us that by the time of the Mother Jones interview, he and Glenn Simpson of Fusion GPS had decided not to continue with the FBI because the FBI “was being deceitful.” In particular, Steele stated that he had asked Ohr and possibly Handling Agent 1 prior to late October 2016 why the U.S. government had not announced that the FBI was investigating allegations concerning the Trump campaign. Steele said that he was told in response that the Hatch Act made it a criminal offense for a federal official to make a public statement within 90 days of an election to the detriment or benefit of a candidate. Both Ohr and Handling Agent 1 told us that they had no recollection of discussing the Hatch Act with Steele. Steele explained that he became frustrated with the FBI at the end of October when Comey notified Congress close to the election that the FBI was reopening the Clinton email investigation and The New York Times quoted law enforcement officials as saying that they had found no direct link between Trump and the Russian government.  Steele said that he, his firm, and his clients believed it was not appropriate for the FBI to make announcements in violation of the Hatch Act while at the same time not disclosing its investigative activity concerning the Trump campaign. According to Steele, the FBI’s conduct compelled him to choose between his client and the FBI, and he chose his client because he believed that the FBI had misled him.

So Steele didn’t like the announcement about Hillary’s emails and decided he would leak word of the Russia investigation to Mother Jones. It’s impossible to read this and not conclude that this was an inherently political decision. Not only was Steele being paid by a group contracted with the Clinton campaign and the DNC to produce his report, he was now taking personal action to attempt to damage the Trump campaign based on what he’d found.

For taking this action, Steele was cut off by the FBI and a payment of $15,000 was halted. However, even after he was cut off as source, Steele continued taking action to help filter his reports into the FBI:

FBI General Counsel James] Baker told the OIG that a Mother Jones reporter contacted him and furnished him with nine reports from Steele, four of which Steele had not previously provided to the FBI.

Steele also encouraged sharing the dossier with the McCain Institute, through which they made their way to Sen. McCain and then to the FBI:

Several weeks later, on December 9, 2016, Senator John McCain provided Comey with a collection of 16 Steele election reports, 5 of which Steele had not given the FBI. McCain had obtained these reports from a staff member at the McCain Institute. The McCain Institute staff member had met with Steele and later acquired the reports from Simpson. Steele told the OIG that a former European Ambassador to Russia who generally was familiar with Steele’s election reporting informed Steele that the former Ambassador would be meeting with Senator McCain at a conference in Nova Scotia in November, and asked Steele whether he wanted the former Ambassador to talk with McCain about the election reporting. Steele said he replied that he did, which resulted in the McCain Institute staff member visiting Steele in Europe in late November.

Steele also provided the documents to Bruce Ohr. Eventually this information was included in a briefing to President Trump and from there the media was off to the races. Meanwhile, the FBI was seeking to find out if Steele’s sources were credible. This is a big block of text but you’ll want to read all of it because the conclusions are quite damning:

The FBI conducted interviews of the Primary Sub-source in January, March, and May 2017 that raised significant questions about the reliability of the Steele election reporting. In particular, the FBI’s interview with Steele’s Primary Subsource in January 2017, shortly after the FBI filed the Carter Page FISA Renewal Application No. 1 and months prior to Renewal Application No. 2, raised doubts about the reliability of Steele’s descriptions of information in his election reports. During the FBI’s January interview, at which Case Agent 1, the Supervisory Intel Analyst, and representatives of NSD were present, the Primary Sub-source told the FBI that he/she had not seen Steele’s reports until they became public that month, and that he/she made statements indicating that Steele misstated or exaggerated the Primary Sub-source’s statements in multiple sections of the reporting. For example, the Primary Sub-source told the FBI that, while Report 80 stated that Trump’s alleged sexual activities at the Ritz Carlton hotel in Moscow had been “confirmed” by a senior, western staff member at the hotel, the Primary Sub-source explained that he/she reported to Steele that Trump’s alleged unorthodox sexual activity at the Ritz Carlton hotel was “rumor and speculation” and that he/she had not been able to confirm the story. A second example provided by the Primary Sub-source was Report 134’s description of a meeting allegedly held between Carter Page and Igor Sechin, the President of Rosneft, a Russian energy conglomerate. Report 134 stated t hat, according to a “close associate” of Sechin, Sechin offered “PAGE/TRUMP’s associates the brokerage of up to a 19 percent (privatized) stake in Rosneft” in return for the lifting of sanctions against the company. The Primary Sub-source told the FBI that one of his/ her subsources furnished information for that part of Report 134 through a text message, but said that the sub-source never stated that Sechin had offered a brokerage interest to Page. We reviewed the texts and did not find any discussion of a bribe, whether as an interest in Rosneft itself or a “brokerage.”

Even Peter Strzok concluded the dossier was a mish-mash of assumptions and Steele’s own analysis:

The Supervisory Intel Analyst, as well as Steele, told us that blending judgments with assertions is not an appropriate way to report intelligence. Steele told us that he would hope that his reports were clear on what a source stated, what was assumed by the source, and what was analysis. However, Strzok told the OIG that the blending in Steele’s reporting of analysis with statements from the sub-sources “posed problems” for the FBI. Strzok explained that “to understand what the individual source said we can no longer assume this guy said all of this. It’s really [Steele] added on or [the Primary Sub-source] added on.”

So to sum this up, Steele was working (indirectly) for Hillary Clinton and the DNC and appears to have been politically motivated to see Trump lose the election. He pursued that goal by leaking to the media when he thought the FBI wasn’t being fair and continued to push damaging information to the FBI that the FBI later concluded (by talking to Steele’s own sources) was based on “rumors and speculation” some of which was “just talk.”