Wayne County canvassers: Can we rescind our votes to certify? 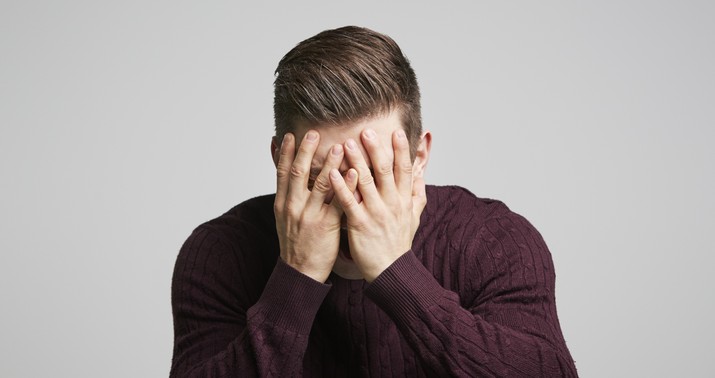 Er, no, but that won’t stop the two Republicans on the board from making even bigger fools of themselves. Tuesday night, the pair tried to enable a nullification strategy in Wayne County, Michigan by refusing to certify election results. That would theoretically have enabled the GOP-controlled legislature to select the state’s electors rather than the popular vote. However, Republican legislative leaders flat-out rejected that scenario, and the pair reversed themselves.

Now they want to reverse themselves again, claiming they were bullied and misled into their first reversal:

In affidavits signed Wednesday evening, the two GOP members of the four-member Wayne County Board of Canvassers allege that they were improperly pressured into certifying the election and accused Democrats of reneging on a promise to audit votes in Detroit.

“I rescind my prior vote,” Monica Palmer, the board’s chairwoman, wrote in an affidavit reviewed by The Washington Post. “I fully believe the Wayne County vote should not be certified.”

William Hartmann, the other Republican on the board, has signed a similar affidavit, according a person familiar with the document. Hartmann did not respond to a message from The Post.

To be fair, the pair did get an agreement on Tuesday for an audit of the vote.  Both Republicans want a probe into why Detroits “poll book” didn’t match up precisely with the number of votes counted. Palmer claims that Secretary of State Jocelyn Benson (D) has rejected that agreement as non-binding, and now Palmer says she was “misled” into rescinding her vote. However, the Detroit Free Press hears something different from Benson’s office:

“Late in the evening, I was enticed to agree to certify based on the promise that a full and independent audit would take place,” Hartmann said in his affidavit. “I would not have agreed to the certification but for the promise of an audit.”

Tracy Wimmer, a spokeswoman for Secretary of State Jocelyn Benson, told the Free Press Wednesday she could not comment on an audit, because a request for an audit is the subject of ongoing litigation surrounding the Nov. 3 election.

How far off are the poll books? They’d need to be gargantually off to justify tossing out the election. Donald Trump lost Wayne County by 322,000 votes out of 872,000 cast, more than a third of the overall vote. Needless to say, if the poll books were off by 32,000 let alone 322,000, those figures would already be part of a lawsuit challenging the election results.

As Benson told CNN on Tuesday night after the first reversal, the problem cited by the pair isn’t unusual at all:

BENSON: But interestingly, in 2016 and this happens after every election, the Board meets and reviews the canvass, and reviews an audit of the process, and certifies the vote. And notably, they certified the vote in 2016 with 80 percent of Detroit precincts out of balance. And yet, today, 42 percent were out of balance, and yet, it didn’t get certified, so clearly there is no valid point here. It’s truly just partisan politics. But importantly, Chris, the State has a protocol for when this happens.

It simply now then goes to our Bureau of Elections within the Department of State. They will then complete the canvass, address any clerical or bookkeeping errors, and then, in the next 10 days, hand it over to the State Board of Canvassers to review and perform their ministerial functioning of certifying the vote.

That’s 42% of precinct books out of balance, not 42% of the vote. We are likely looking at differences in the hundreds or low thousands at worst, not a full third of the election. Benson also claims that the two Republicans never raised the issue with her office before their refusal to certify, either:

CUOMO: However, just to be clear, they offered you none of the proof of what the GOP State Party put out in their statement that there were real problem. They didn’t show you “Look at these real problems, Secretary of State. How can we certify?” None of that?

BENSON: Truly, and if they had, we certainly would have looked at them.

There is a lot of nonsense floating around about the numbers in this election, most of it easily dismissible. Trump himself declared yesterday that there were “FAR MORE VOTES THAN PEOPLE” in Detroit, which is easily debunked. That claim confuses the vote count in Wayne County (872K) with the population of Detroit (713K), but there are 1.8 million people living in Wayne County. The total number of votes out of Detroit is slightly over 250,000. It’s yet another reason not to credit any claim that’s not being made in court under oath at this point, and even then still take it with a grain of salt.

At any rate, the final vote on Tuesday can’t be rescinded, affadavits or not. The deadline has passed, which means the certification goes to the state board as is, as Benson says. And hopefully, this will put an end to the embarrassing attempt at election nullification by rogue Republican officials in Wayne County.