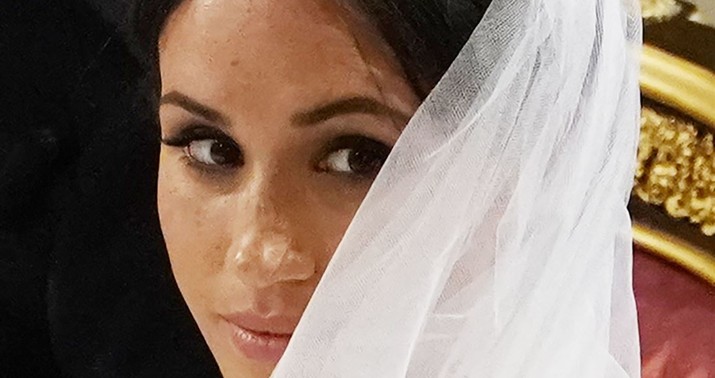 Impossible? After Donald Trump won the presidency by successfully rebranding himself the hero of the common man, anything’s possible, I suppose. How about an American who married into the British royal family running as a hero of the proletarian masses marching toward a socialist utopia?

Yeah, sure, why not, Vanity Fair suggests:

Her comments about the election may have raised some eyebrows back in Britain this week, but the Duchess of Sussex Meghan Markle plans to continue canvassing ahead of November’s U.S. presidential election, and hasn’t ruled out a career in politics—including a possible White House run.

Rumors abound that Meghan could run for president in 2024, and she got the attention of the office’s current occupant, who said in a press conference on Wednesday that he is “not a fan” of the duchess. Donald Trump was responding to a video that she and Prince Harry made to promote Time 100’s list of the most influential people in 2020, in which she declared that November’s election is “the most important election of our lifetime.” But it’s possible that 2024 could be even more important for her personally.

“One of the reasons she was so keen not to give up her American citizenship was so she had the option to go into politics,” said a close friend of the royal. “I think if Meghan and Harry ever gave up their titles she would seriously consider running for president.”

Hmmmm. Has anyone considered the idea that this could all be a fantastic plot by Queen Elizabeth to take back The Colonies? Think about it: they allowed Harry to marry a C-list American actress and made her into an international celebrity. Then they send the pair off to North America to build her credibility. She runs for president, and voila! A family merger!

Naah. They can’t even organize well enough to keep Prince Andrew away from Jeffrey Epstein, after all, or from talking to the BBC about it.

The rumors of a 2024 run sound rather intriguing, though. Does that mean that Markle, her courtiers, and bookmakers think that Democrats will have an open primary that year? That would mean that they are planning around a second Trump term rather than a two-term Biden presidency, or Harris-Biden presidency.

Anyway, if Markle thinks that her celebrity translates to political support, she’s obviously spent too much time in the royal bubble. In the first place, the only two points for which Markle is known is for a short and middling acting career and then marrying into nobility. That makes Markle part of the weirdo soap opera of the British royal family that fascinates many Americans, not a part of the political firmament that they take seriously. Granted, Trump did a pretty good job translating celebrity to political support, but he also built a massive real-estate business for decades before going the reality-TV route. He didn’t just marry into wealth and A-list celebrity before turning his eyes toward the White House.

If Markle dips her toes into the 2024 water, she’d better be prepared. Not only will all of the weirdness surrounding the royal family get trotted out, but so will Markle’s rather famous stateside family dysfunctions, too. And even more than that, it seems:

I have your high school receipts, Meghan. FYI https://t.co/TfldBEU0sb

Have fun storming out of the castle!