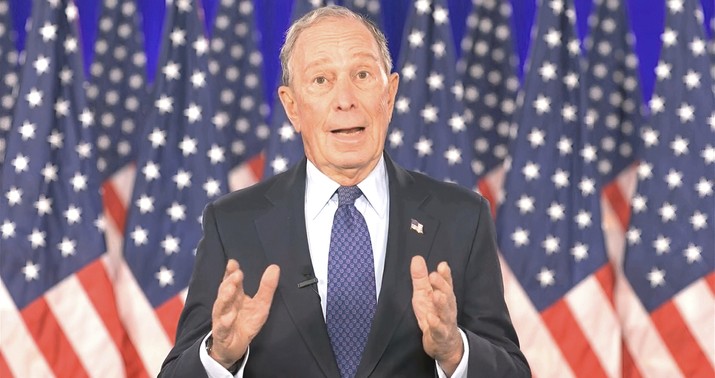 Stop me if this sounds familiar. A candidate decides to run a national-messaging campaign rather than doing retail politicking, preferring data mining to personal connection. His campaign skips advertising on alternative-language media, and barely spends any time at all on issues important to key demographics.

Hillary Clinton in 2016? Not really; Clinton made lots of mistakes, including a few of those above, but not all of those. Mitt Romney 2012? Closer — but his failure to approach key demographics was more of a lack of offense rather than a necessary defense.

Nope, this time around it’s Joe Biden using the 30,000-foot strategy, and Latino leaders in the Democratic Party are calling a Code Red, according to the Washington Post:

Top Latino Democrats are voicing growing concern about Joe Biden’s campaign, warning that lackluster efforts to win the support of their community could have devastating consequences in the November election.

Recent polls showing President Trump’s inroads with Latinos have set off a fresh round of frustration and finger-pointing among Democrats, confirming problems some say have simmered for months. Many Latino activists and officials said Biden is now playing catch-up, particularly in the pivotal state of Florida, where he will campaign Tuesday — the start of National Hispanic Heritage Month — for the first time as the presidential nominee. Reaching out to Latino voters will be a key focus on the visit, according to a person with knowledge of the trip. Biden’s campaign said he will be in Tampa and Kissimmee, two areas with large Puerto Rican populations. …

The Democratic anxiety extends to Arizona, which the party hopes to turn blue for the first time in 24 years, as well as Nevada, North Carolina, Pennsylvania and Georgia — all states where the Latino vote is important. Adding to Biden’s challenge in Florida, a must-win state for Trump, is the complexity of the Hispanic population, where the president is popular among conservative Cuban Americans and Republican attacks on Democrats as “socialists” have resonated.

Critics, including some close Biden allies, are frustrated that the Democratic nominee has not given a major speech on Latino issues, advertised more aggressively and earlier on Spanish-language media, or given more interviews to Latino news outlets.

The problem for Biden is similar with Romney’s 2012 strategizing in another way. Both just assumed that demographic would remain in the Democrats’ hands and took that outcome for granted. However, as the Post notes, it’s not who wins the demographic, but what the margins end up being. And thus far, Republicans act like they want to get that vote, while Democrats are still taking it for granted:

But Latino leaders say Biden has yet to overcome suspicion of Barack Obama’s tough deportation policies or outline his own immigration plans in greater detail; that his inner circle lacks enough Latino decision-makers; and that his campaign has focused almost entirely on White suburbanites and African Americans to the detriment of their community. Latino Democrats also worry about the onslaught of Republican attacks casting them as socialist sympathizers.

This trip to Florida is intended to address those issues, but there is another issue that doesn’t come up in the Post’s reporting, which focuses mainly on speeches and advertising. The Trump campaign has a much more robust GOTV effort, or more accurately, has the only ground game going in this race. It’s not just about the gap between the two candidates in opinion polling — it’s about which voters turn out to vote. Biden’s all but conceded the ground effort to turn out voters, instead relying on advertising and speeches to make the pitch without contextualizing it for the various communities he needs to reach.

That’s one reason why there’s less than meets the eye in Michael Bloomberg’s new pledge to drop $100 million into the race in Florida:

The announcement also followed criticism from within the Democratic Party — in spite of a huge $18 million transfer to the Democratic National Committee this spring — that Mr. Bloomberg had not delivered on his promise to put the full weight of his fortune behind the general-election effort to defeat Mr. Trump.

The commitment in Florida, while enormous for a one-state program, represents a significant pullback from the promises made by some Bloomberg advisers during primary season. Mr. Bloomberg’s campaign manager, Kevin Sheekey, had told Democrats privately that if Mr. Bloomberg were not the nominee he would form a new super PAC and mount an enormous effort against Mr. Trump in the country’s biggest swing states.

That’s a lot of money, but … what are they going to do with it? It’s too late to build an effective GOTV ground game. That takes months, if not years, to construct and put in motion. It took the RNC four years to even have an effective organization built, and another four to get its candidate to buy into it. Bloomberg’s super-PAC will likely flood the zone with new advertising, which will compete with the advertising blitz already launched by Team Biden. It won’t exactly hurt, but it will cover the same ground that Biden’s already over-covering, and it won’t address the wide gaps left by his decision not to do retail politicking. All it does is add to the oversaturation on television and radio, with perhaps an exception if Bloomberg focuses on Spanish-language media.

In other words, this expenditure of $100 million by Bloomberg is likely to be as impactful as his previous nine-figure expenditure on himself. The problem isn’t the money. It’s the candidate, and it’s the strategy.