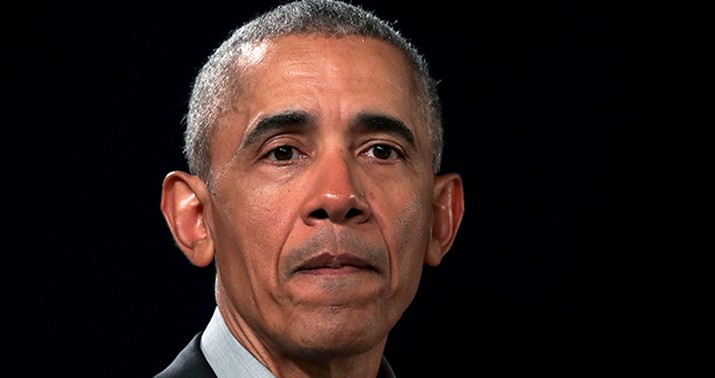 Now that the Department of Justice has dropped the case against Michael Flynn over prosecutorial and investigatory misconduct, what’s next for US Attorney Jeffrey Jensen? Assigned initially to specifically review the Flynn case by Attorney General William Barr, the career prosecutor has now joined fellow US Attorney John Durham in his investigation of the FBI’s Operation Crossfire Hurricane, Fox News reports. That probe has gone “full throttle,” according to Fox’s sources, so much so that a third US Attorney has now been assigned to part of the case as well:

Two sources told Fox News that Jeff Jensen, the U.S. attorney for the Eastern District of Missouri who was tapped by the Justice Department in February to review the case of former National Security Adviser Michael Flynn, is continuing to help with Durham’s investigation even after the DOJ’s move last week to drop the case against Flynn.

The sources told Fox News that interim U.S. Attorney for the District of Columbia Timothy Shea is also assisting with components of the investigation.

“They farmed the investigation out because it is too much for Durham and he didn’t want to be distracted,” one of the sources told Fox News.

“Everything” might include several officials in the highest levels of the previous administration, including the highest — Barack Obama. The former president has gotten more public than usual in making his feelings known on this issue with the DoJ, claiming that the rule of law is “at risk” with the withdrawal of the Flynn case. Obama didn’t note that he might have a vested interest in discouraging a look into the origins of that probe, but Andy McCarthy points that conflict of interest at National Review:

The best defense is a good offense. That was my first thought on learning that former president Barack Obama has decided to make himself heard on the dismissal of the prosecution of Michael Flynn. As I’ve been noting for years, notwithstanding his pretensions about never interfering in FBI investigations, Mr. Obama was smack in the middle of his administration’s investigation of the Trump campaign. This week, in the exhibits appended to the Justice Department’s Flynn dismissal motion, it was revealed that Obama was neck-deep in the investigation of Flynn, concocted into a collusion caper by his intel advisers and the FBI. It is not a spotlight the former president covets, so he’s lashing out . . . and the usual wagons are circling.

The Wall Street Journal editorial board wonders how a law-school graduate could make Obama’s argument, except out of naked self-interest or partisanship. They also find Obama’s public intervention in this controversy mighty curious:

Barack Obama is a lawyer, so it was stunning to read that he ventured into the Michael Flynn case in a way that misstated the supposed crime and ignored the history of his own Administration in targeting Mr. Flynn. Since the former President chose to offer his legal views when he didn’t need to, we wonder what he’s really worried about. …

All of this raises questions about the role the Obama Justice Department and White House played in targeting Mr. Flynn. We already know the FBI had opened up a counterintelligence probe into Mr. Flynn and other Trump campaign officials, yet it had come up with no evidence of collusion.

Donald Trump’s victory increased the chances that this unprecedented spying on a political opponent would be uncovered, which would have been politically embarrassing at the very least. Targeting Mr. Flynn—and flogging the discredited Steele dossier—kept the Russia collusion pot boiling and evolved into the two-year Mueller investigation that turned up no evidence of collusion.

This among other things is what U.S. Attorney John Durham is investigating at the request of Attorney General William Barr. Maybe that’s why Mr. Obama is so eager to distort the truth of the Flynn prosecution.

Flynn’s attorney also thinks that Obama has some personal interest in slamming Barr over the Flynn case. Sidney Powell told Maria Bartiromo yesterday that she’s seen evidence that the efforts to target Flynn go all the way to the top. To Obama, Bartiromo asked? “Absolutely,” Powell responded:

“So you think this goes all the way up to the top, to President Obama?” Maria Bartiromo, host of “Sunday Morning Futures,” asked Powell.

“Who is going to be charged?” Bartiromo asked.

“I have no idea,” Powell said. “That’s up to (U.S. Attorney) John Durham and Attorney General Barr,” she said.

Be sure to watch the whole interview to get a good rundown why Powell thinks that some people might be very, very worried about how far Durham, Jensen, and Shea might go. This attempt by Obama looks less like a law professor’s dispassionate analysis and more like an attempt to shape the political battlefield for what might come next. Put that together with the revelations from the newly-released House Intelligence Committee transcripts, and it certainly looks as though a few people are worried about chickens coming home to roost — in droves.