No, really, why did Fox fire Lou Dobbs? 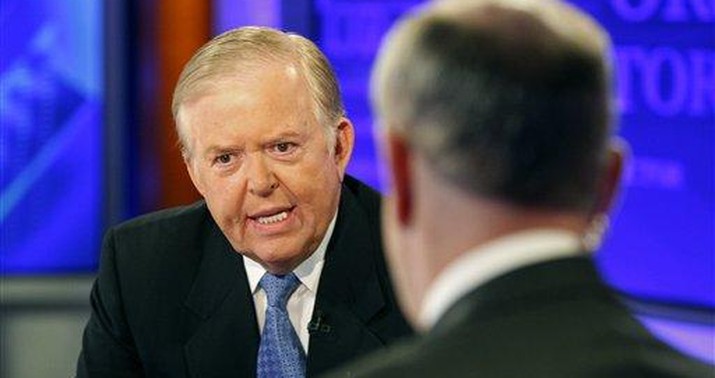 John wrote about this last night but I’m still wrestling with the motive, especially after Fox just booted newsy Martha MacCallum out of primetime to make way for more opinion. It seemed like News Corp was doubling down on Trumpism post-Trump in order to lure back angry MAGA viewers who’d decamped for Newsmax after the election.

Cashiering the most ardently pro-Trump host on American television makes no sense in that context. If anything, you would think they’d have wanted Dobbs to do an extra hour of “greatest president ever” propaganda every night — or even switch him over from Fox Business to MacCallum’s old slot on Fox News. Remember, Dobbs isn’t just a star of Trumpist media, he’s so tight with the former president that Trump reportedly would patch him through on speakerphone during White House meetings to offer his take. “John Kelly once told me that he learned to watch Lou Dobbs to understand what the president might think or say about a topic,” said WaPo reporter Josh Dawsey this morning.

You don’t shed a guy like that lightly. Even Fox Business staffers were surprised by his cancellation, according to the Post.

The universal suspicion is that Fox dropped the hammer in response to the defamation suit Smartmatic filed against Fox and Dobbs on Thursday, but that doesn’t fully add up. If Fox were in the process of dumping all of its anchors who’d entertained theories about Smartmatic’s machines being rigged, Jeanine Pirro and Maria Bartiromo would be gone too. In reality, Bartiromo is getting a tryout in MacCallum’s former 7 p.m. slot on FNC and Pirro just launched a new show (about castles in America, of all things) on Fox’s streaming platform. Fox doesn’t seem poised to dump either of them; on the contrary, it’s giving them more work.

Plus, as a matter of basic PR, it would look exceptionally weak for Fox to flush Dobbs within 24 hours of Smartmatic’s suit being filed. As John said, it feels like an admission of wrongdoing in context: “The bad man did a little slander, fine, but we’ve gotten rid of him now so we shouldn’t have to pay.”

Brian Stelter claimed last night that Smartmatic was just one factor in Fox Business’s decision. The fact that Dobbs wasn’t good for their bottom line despite being the network’s highest-rated anchor contributed too, allegedly: “The pro-Trump propaganda bent juiced Dobbs’ ratings. But his far-right programming choices repeatedly caused consternation within the company, a source close to the matter said, and his program was a loss leader for Fox because many advertisers didn’t want to be associated with his content.” The NYT asked around and found the prospect of future defamation claims was another risk:

[T]he person, who requested anonymity to describe private personnel matters, conceded that Mr. Dobbs’s extreme and unrepentant endorsements of Mr. Trump’s false election claims had imperiled his position, as did other moments. For instance, on the day of siege at the U.S. Capitol, Mr. Dobbs described protesters as merely “walking between the rope lines.”…

Don Herzog, who teaches First Amendment and defamation law at the University of Michigan, said it was possible that canceling Mr. Dobbs could aid Fox in its defense of the lawsuit. If Mr. Dobbs had continued to discuss Smartmatic or promote election fraud on his program, the network could have been liable for each new claim, Mr. Herzog said.

Fox officials could also argue that the lawsuit made them aware of untruths that Mr. Dobbs had helped spread. And in a trial atmosphere, the cancellation of Mr. Dobbs’s program might help persuade jurors that the network was acting in good faith.

Ehhhh. “We kept him on the air throughout the entire lame-duck period and then dumped him a day after Smartmatic sued” doesn’t radiate good faith. And I’d like to see them try to argue that they weren’t aware of Dobbs’s lies until they read Smartmatic’s complaint. They don’t watch their own programming? Six weeks ago, under threat of a suit, Fox aired a debunking of the conspiracy theories about Smartmatic and Dominion on Dobbs’s own show. Clearly they had reason to believe that he had propagated certain “untruths.”

Oh well. Fox’s loss is some other Trumpy media outlet’s gain — perhaps the as-yet-uncreated Trump TV itself. It’d be fun to watch Dobbs wage war against his old employer as part of some anti-Fox media venture organized by Trump himself. I’ll leave you with this:

Lou Dobbs retweets attacks on Fox News. “Fox is Finished.” “Fox is in a race with itself to the bottom.” pic.twitter.com/0spgOdWPPs

Good job, woke mob: CPAC will no longer use the pro-Biden design firm behind the 'Nazi' stage