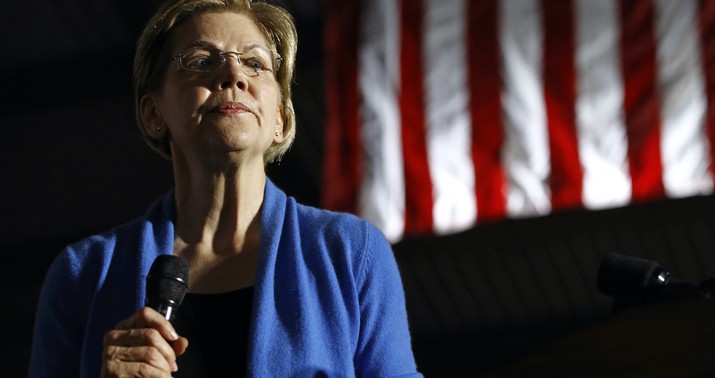 After a month of insurrection, impeachment, and inauguration, the Sunday shows finally settle down with some staid subject matter — a grinding pandemic, economic stagnation, and the freakiest Wall Street bubble in recent American history. The star guests: Progressive all-stars Bernie Sanders and Elizabeth Warren, both of whom will be on this morning to rub their hands with glee at the prospect of using the GameStop rally as an excuse for new finance regulation. Warren sent a letter to the SEC on Friday, in fact, warning that what’s happening with GameStop is little different from the casino-style market manipulation that fatcat investors engage in all the time. She’ll chat with “State of the Union” about it while Sanders will speak with “This Week.” Each will need to balance their populist solidarity with the average-joe traders on Reddit who stuck it to short-selling hedge funds by bidding up GameStop’s price with the fact that, er, a lot of those average joes are going to get soaked when GameStop’s bubble inevitably bursts.

In addition to the usual array of Biden advisors making excuses for the slowish vaccine ramp-up and demanding that the Senate pass his COVID relief package, the Sunday shows will also tackle the brewing Republican civil war. The lead guest on that topic is Rep. Adam Kinzinger, who’ll chat with “Meet the Press” about Marjorie Taylor Greene, the kookification of the GOP, and the great likelihood that his political career is over after voting to impeach Trump. Rob Portman, who announced his retirement this week, will appear on “State of the Union” to address some of the same subjects. Is he bailing out of the Senate because of “gridlock,” as he claimed, or is it because he’s now the odd man out in a party driven by populism and conspiracy theories? And is he really going to vote to acquit Trump even though he no longer has anything to lose by crossing him?

For my money, the most interesting guest booked today is Arizona Gov. Doug Ducey. He’s in an unusual position for a Republican, someone who’s on Trump’s sh*t list for not overturning his state’s election results but who’s also the GOP’s best hope to reverse its fortunes in a state that’s slipped away from them. Instead of trying to heal the rift between him and Trump and convince Ducey to challenge Mark Kelly for Senate in 2022, the morons who run the Arizona Republican Party just got done censuring him for supporting lockdowns. Ducey will talk with “State of the Union” about why he won’t challenge Kelly and how aggressively stupid and anti-democratic his party has become. The full line-up is at the AP.

Designer of CPAC Stage, Accused of Looking Like Nazi Symbol, Is Identified, Kicker Is Who They Are and For Whom They've Worked