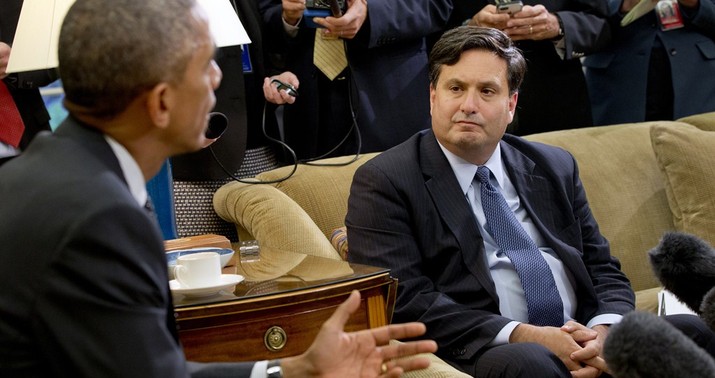 As the government prepares to transition — eventually — from one administration to the next, so too do the Sunday shows. With the election behind them, this morning’s programs will highlight some of the major players on Biden’s team with an emphasis on the pandemic. The most major is incoming White House chief of staff Ron Klain, who’ll chat with “Meet the Press” about what Americans should be doing to contain COVID and when he thinks Team Trump will bow to reality on who won the election. Hopefully he’ll be asked about this tweet from February as well:

We don’t have a #COVIDー19 epidemic in the US but we are starting to see a fear epidemic. Kudos to @NYCMayor (and others) for standing against that. https://t.co/mULErCXKsH

In fairness, a lot of people underestimated the threat from coronavirus early on. But only one of those people is about to become the most powerful advisor to the world’s most powerful person.

Elsewhere this morning, members of Biden’s COVID task force will try to put the fear of God into viewers about how bad things might get if we don’t start aggressively limiting personal interactions, including on Thanksgiving. Michael Osterholm, who recently speculated about a four- to six-week national lockdown, will follow Klain on “Meet the Press” while Atul Gawande speaks with “This Week.” And Anthony Fauci, who’s not yet part of Team Biden but will be soon, will talk to “State of the Union.” I don’t know that there’s anything left to say at this point beyond “wear a mask whenever you’re around someone from a different household” and “don’t be around someone from a different household in the first place unless it’s urgently necessary.” We’ll find out.

Both Democrats running in Georgia’s Senate runoffs are also booked today, with Jon Ossoff sitting down with “This Week” while Raphael Warnock chats with “State of the Union.” Why they feel obliged to do national TV is unclear to me unless there’s a (very unlikely) fundraising shortfall they’re facing. Warnock in particular is exposing himself to tough questions in a big spot about some of his more radical pronouncements from the pulpit over his career. We’ll see how it works out for him.

Finally, Ken Starr will appear on “Fox News Sunday” to — in all likelihood — mislead Trump fans about the president’s chances of overturning the election in court. The full line-up is at the AP.