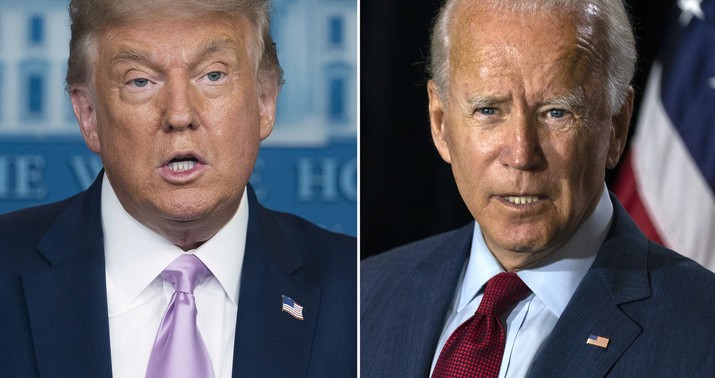 It’s worth doing an update to yesterday’s post, which addressed the buzz that Trump had begun to close the gap on Biden in all-important PA. Biden’s lead has shrunk in the RCP average there, but one possible explanation is that there were several Republican-allied polls of the state published lately. Those polls tend to be better for Republican candidates. Was Trump really gaining on Sleep Joe or was it just a partisan mirage?

We’ve had five (five!) new polls of Pennsylvania published within the last 48 hours so let’s take another look. Results:

Average them and you get Biden +6, which is in line with his polling in PA over the past month and is notably better than the RCP average of 3.8 points yesterday that got poll-watchers excited about a shrinking gap. (The average has risen to 4.8 today thanks to all the new data.) There’s an important caveat to the CNN numbers, though, especially since they show the gaudiest lead for Biden. They’re seeing the Democrat’s lead *widen* among likely voters relative to registered voters. Traditionally it’s the GOP that improves when pollsters move from RVs to LVs.

The Florida poll also has an LV/RV gap favoring Democrats, with Biden up 2 pts among RVs pic.twitter.com/Bvrxwm22YW

A five-point Democratic tilt on the likely-voter screen is a “stretch,” Cohn notes. It’s true in CNN’s poll of Florida today as well, which had Biden up four overall:

The Florida poll also has an LV/RV gap favoring Democrats, with Biden up 2 pts among RVs pic.twitter.com/Bvrxwm22YW

What’s notable is that the Monmouth poll of Iowa that I blogged this morning also saw better numbers for Biden among likely voters than registereds. It seems that pollsters are asking people if they’ve already voted early and are incorporating that information into their likely voter estimates; because the early vote is tilted heavily towards Biden so far, pollsters are expecting that overall Democratic turnout will be higher than usual. But of course we don’t know that: It may be that the early votes being banked right now are all coming from traditional D voters who would have turned out on Election Day instead. Early turnout means nothing. Extra turnout means everything. Pollsters are guessing that higher early turnout now will mean extra turnout in the end — but it’s only a guess.

Which means, if that extra turnout doesn’t materialize, Biden’s polling lead may be smaller in reality than we expect.

How polls handle the early vote (Do they even ask about early voting? Do they treat early voters the same as other “likely voters”?) could contribute to some pretty big house effects down the stretch run here, I’d think. An especially important time to look at poll averages.

Biden really is killing it in early voting, though, which is a bit of a surprise. Everyone understands that Democrats are much more likely to vote by mail than Republicans, but there’s an in-person component to early voting too which you might think MAGA superfans would be dominating. Apparently not in PA. Rasmussen finds Biden leading 78/19 among early voters there. CNN has him up 88/10. If early voting is a guesstimate of overall enthusiasm, you can understand why pollsters are expecting killer Democratic turnout overall.

One more point. Everyone is focused on Pennsylvania because it’s Trump’s best shot for a Rust Belt win, which would greatly complicate Biden’s path. Sleepy Joe could still get to 270 with Michigan, Wisconsin, and Arizona plus one other electoral vote somewhere, but that’s a tightrope. Lurking behind the interest in PA, though, is the assumption that Trump will win Florida again, as he was underestimated there in 2016 and Republican candidates tend to be underestimated in polling of that state as a rule. I don’t know how sturdy that assumption is right now. Change Research, which has Pennsylvania very tight at 49/47, has Biden fairly comfortably ahead in Florida at 50/45. As noted above, CNN has him up four. Of the last 10 polls of Florida tracked by FiveThirtyEight, Trump’s led one (Trafalgar, of course), two have been tied, and Biden’s led the other seven. And bear in mind that polls across the country have seen a shift towards Biden among senior citizens over the past three weeks. That trend is obviously especially important and ominous in Florida.

No win in Florida, no second term, needless to say. Pennsylvania’s a sideshow unless FL is in the bag. Is it?

I’ll leave you with this surprising data point from Suffolk’s poll of PA: “Asked what their top issue in the election is, 26% of likely voters say bringing the country together, which leads all other issues. It’s followed by jobs and the economy at 23% and COVID-19 at 22%.”

Update: Annnnd there’s a sixth new poll of Pennsylvania today, published after I finished this post:

Decent numbers for Trump overall apart from the bloodbath in Michigan. If Pennsylvania and Wisconsin are five-point leads for Biden on Election Day, a big surge of Republican turnout plus a normal-ish polling error in one or both states could keep them red.