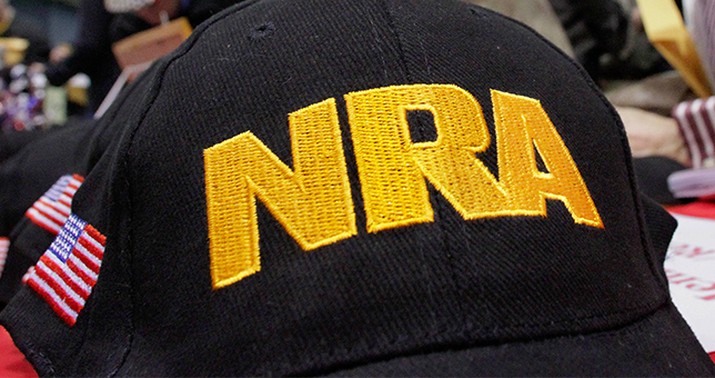 Normally I’d speculate that this is her bid to position herself as next in line for the governor’s office, as Attorney General is often a gubernatorial springboard in New York.

But New York already has a governor for life. One who’s racked up enough of a body count that no pretender to the throne dare challenge him for power.

Anyway, the NRA has spent most of the past 16 months consumed with problems. Ever since then-president Oliver North was ousted last April after demanding an internal review of the group’s expenses, the group has hemorrhaged scandal and legal fees. Much of it has to do with the allegedly exorbitant spending habits of CEO Wayne LaPierre, who even got the group to agree to buy him a new $6.5 million mansion. The NRA has reportedly paid — no typo — $54 million to lawyers in the past two years alone as it’s battled its former PR firm, Ackerman McQueen, in court. Now it has to battle James and New York State.

#BREAKING: We are suing the NRA Foundation for misusing charitable funds.

Donors gave money to fund firearms safety, firearms education and marksmanship training. Instead, that money was diverted to support wasteful spending by the NRA and its executives: https://t.co/5uLweQ207l

Unquestionably there’s a political motive in the mix here — James once called the NRA a “terrorist organization” while running for AG — but there’s plenty of reason to think there was bona fide malfeasance that requires probing. Whether the filing of the lawsuit was saved for an opportune moment during the campaign or whether this is just how things worked out on the timetable is known only to James and her staff.

James accused the NRA leaders of flouting state and federal laws and signing off on reports and statements they knew were fraudulent, while diverting millions of dollars away from the NRA’s charitable mission to benefit themselves and their allies…

In one new revelation, the attorney general said her investigation uncovered that LaPierre recently arranged a post-employment contract for himself with the NRA worth $17 million. He never sought board approval for the deal, the suit claims.

The lawsuit also claims LaPierre failed to report large sums of personal income to the IRS. James’s office said it found that the NRA chief funneled personal expenses through an outside public relations firm, allowing him to avoid reporting hundreds of thousands of dollars of personal income…

Under this agreement, the suit alleges, LaPierre and his inner circle of trusted deputies rerouted millions of dollars in lavish personal expenses for themselves, their families and allies through Ackerman McQueen. The goal was to avoid having the board or other members of the NRA know that the charitable organization was paying so much money for LaPierre’s membership fees at golf clubs, private jets and designer suits, the lawsuit said.

James claims financial misconduct at the NRA has cost it $64 million in the past three years. She wants LaPierre and three deputies to pay restitution to the organization and wants them barred from serving on nonprofits in New York State for the rest of their lives. As for why she’s instituting this suit and not some other Democratic AG, it’s because the NRA happens to be chartered in her state. And no, the group couldn’t have just picked up and moved after she began digging around. The permission of the AG is required for a nonprofit to dissolve and transfer its assets.

No one wants to vouch for the probity of LaPierre and the NRA leadership at this point so criticism of the lawsuit this afternoon has focused on James seeking to dissolve the organization. Why do that? Why not just sue LaPierre et al. instead of seeking to nuke the NRA itself? That reeks of a political motive, particularly in light of James’s past comments about “terrorism.”

If there's fraud and self-dealing (and it seems like there is), prosecute the people who did it. I've been very critical of the NRA, but dissolution seems really heavy-handed. It's also an absolute gift to Trump, 3 months before the election.https://t.co/Ym4VWiv92w

It’s not the first legal skirmish between James and the group either. “The state is currently locked in First Amendment litigation with the gun-rights group after state officials warned banks about the reputational dangers of working with the NRA,” notes the Free Beacon’s Steven Gutowski. Coincidentally, a few hours before James announced her suit, Gutowski also reported that the NRA “plans to spend tens of millions of dollars to sway close races throughout the country for the 2020 election.” Now, suddenly, the group will have its attention wrenched away from the campaign, forced instead to defend itself from an effort to liquidate it in its home state. Go figure.

I think that’s the political angle here. Lefties are pointing out on Twitter that dissolution of a corrupt charity isn’t some unheard-of penalty; why, Trump’s own charity agreed to dissolve after James’s office accused it of misconduct too. But the fact that the NRA is facing the same death penalty as Trump’s nonprofit in deeply Democratic New York isn’t an exoneration from the charge that James is playing politics that liberals seem to think. The timing of the lawsuit may be designed to turn the NRA from an advocacy group that’s on offense against Dems this fall into a de facto legal fund that’s playing defense in New York. Maybe the bad publicity and the exasperation among NRA members that so much of their donations have gone to court battles over malfeasance instead of court battles over gun rights will lead to the group being starved of money going forward. In the end, they might choose to dissolve because fighting on is simply too expensive.

Whether the GOP’s allegiance to gun rights would be as steadfast without a powerful national lobbying group leaning on it is anyone’s guess. But I’d say that the picture has brightened for Dems looking to pass universal background checks next year if they take back control of government. And contra Balko, I don’t think this will be some kind of galvanizing moment for Trump voters:

Just like Radical Left New York is trying to destroy the NRA, if Biden becomes President your GREAT SECOND AMENDMENT doesn’t have a chance. Your guns will be taken away, immediately and without notice. No police, no guns!

Which voters out there who had held off on supporting Trump until now will suddenly be awakened by James’s nuclear strike on the NRA? If you believe Biden’s coming for your guns, you were already MAGA.