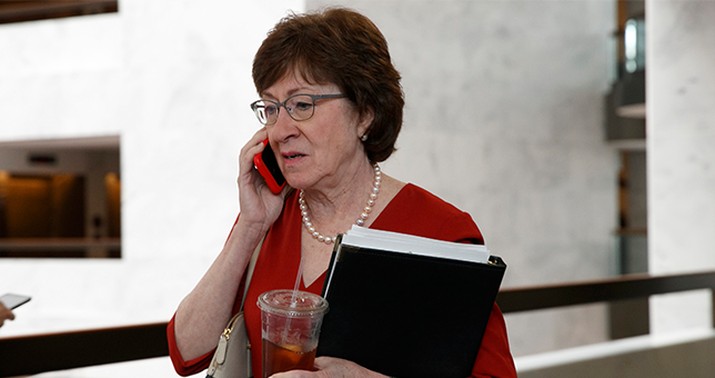 This is officially the Poll Of The Day™ on political Twitter because of what it portends about the Senate flipping this fall, but Quinnipiac’s had other Polls Of The Day™ lately that don’t look so hot in hindsight. A few weeks ago they found Biden up by an earth-shaking 13 points in Florida, normally a state that’s decided by a point or two in major races. Why, if he’s running up the score there, it must mean Democrats are headed for an unholy wipeout… or not. The three polls of Florida since then have had him up five, four, and three points — the last one having been conducted by a Democratic firm. Sure looks like the Quinnipiac poll was a major outlier. And not for the first time in Florida, as they missed by a cool eight points in forecasting the result of the Senate race in 2018.

So maybe we shouldn’t trust Quinnipiac so much. On top of that, the outfit is still polling registered voters instead of likely voters even though we’re now within three months of Election Day. Polling experts are also scoffing at their habit of using census demographics as a template for what the electorate will look like. If all of that’s too jargon-y to explain why healthy skepticism is warranted, here’s something in simpler terms: This same poll has Trump up on Biden by just nine points in Kentucky. He won that state by just under 30 four years ago. Biden has a comfortable national lead right now, but you’d expect it to be way more comfortable than it is to have him threatening Trump in Kentucky.

Still, Quinnipiac’s a respected pollster and respected analysts are taking this seriously:

There are other reasons to take it seriously. The four-point lead for Sara Gideon over Susan Collins in Maine is right in line with other polls of the state taken in July. The tie between Lindsey Graham and Jaime Harrison in South Carolina is also almost identical to Morning Consult’s recent numbers, which had the race 44/43 for the Republican. (Then again, MC had Mitch McConnell leading his opponent by 17 points, not the skimpy five-point margin that Quinnipiac sees.) If South Carolina really is in play, and we know have two polls from credible outfits claiming that it is, the GOP’s in more trouble than it thought. And it’s fully aware that it’s in a lot of trouble:

“If the election were today, we would lose the House, the Senate and the White House,” said one Republican source…

“People are looking for reassurance … Chaos worked great in 2016, [but] they don’t want it in 2020,” said one GOP lawmaker. “They want to know that we’re trusting science and doctors on the questions here and they want to know we’re going to get through it. There needs to be more FDR fireside chats and less Jerry Springer knockdowns.”…

“Conservative women want to see empathy and compassion and don’t like meanness. We are doing really poorly with married, white women,” a GOP source said. “I do not at all understand the Deborah Birx attack at all — not politically and not morally.”…

“It’s all about COVID and race [relations], and that’s all just personality and managing it. [Trump’s] got to show compassion and he’ll be all right. That’s the challenge — all those are changeable,” said one GOP lawmaker.

If you believe Quinnipiac, Collins in particular is at dire risk of being punished with defeat because she’s viewed as too supportive of Trump — more so than even Graham is in his own home state despite being one of the president’s most loyal toadies. Witness the plight of a centrist Republican in a bluish battleground:

The good news, per a Republican who spoke to National Review, is that their own numbers for Collins look brighter. “[A]ll of Collins’s polling over the last four months has shown her ahead,” he said to NR’s John McCormack. “The last month it’s been outside the margin of error.” It’d be nice if we had some confirmation of that in a public poll, but the idea of Collins improving in Maine lately as Trump has clawed back a few points from Biden nationally seems plausible. McCormack’s takeaway is correct: It’s possible that the GOP will narrowly retain a Senate majority this fall even if Trump falls to Biden, although Trump will probably have to make more of a race of it than he’s doing right now to enable that outcome.

If, on the other hand, Biden starts to run away with the election, no fewer than eight more Republican Senate seats could be in play beyond the four the are most endangered. The party desperately needs a strong finish to the campaign from its leader. If Democrats run up the score this fall, it might make it impossible for the GOP to have a big enough night during the midterms to regain control of the Senate and all of the confirmation power over nominees that comes with it.

Thank you to Q Poll and others for the consistent in-kind contributions that keep Democrats pouring money in to SC and Kentucky. https://t.co/12fWDMcGxl