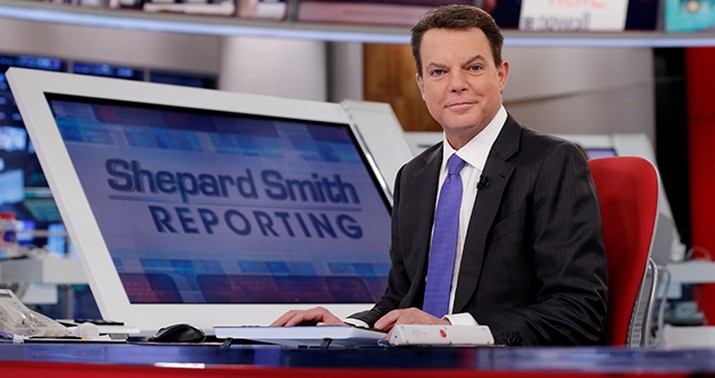 No, no. There’ll be car chases galore, I’m sure, but this is an earnest news program that’s promising facts and “perspective,” which I suspect is code for letting Shep go off on Trump when the spirit moves him. At first blush it seems a strange fit. What’s Shep doing on a business news network instead of a proper news network? And couldn’t they give him a time slot sweeter than 7 p.m., which is a bit of a dead zone across the dial between hard news at 6 and the start of the three-hour ranting bloc at 8?

“The News with Shepard Smith” will debut this fall in the 7-8 p.m. time slot on the cable news business channel. The Monday through Friday newscast marks a significant shift in the evening programming strategy for CNBC, which currently relies on light, unscripted fare.

CNBC Chairman Mark Hoffman said Mr. Smith’s show will try to be a counter to news and commentary programming.

“Information is coming at us from every direction,” Mr. Hoffman said in a statement. “If we’re not careful life-altering decisions will be made based on half-truth, rumor, misdirection or worse. We aim to deliver a nightly program that, in some small way, looks for the signal in all the noise.”…

Mr. Smith said in a statement that he is “honored to continue to pursue the truth, both for CNBC’s loyal viewers and for those who have been following my reporting for decades in good times and in bad.” CNBC, he said, has a “vision for a fact-based, hourlong evening news program with the mission to cut through the static to deliver facts, in context and with perspective.”

Where else was Shep supposed to go? MSNBC was a possibility, as their 7 p.m. hour was open until recently after Chris Matthews’s surprise resignation earlier this year. But that would have been awkward. For starters, the network’s primetime line-up is every bit as white as Fox News’s and less white than CNN’s, which isn’t very progressive for a progressive outfit. Passing over Joy-Ann Reid for Shep would have been hard to explain. Beyond that, MSNBC’s partisan image may not have been an easy fit for Smith. I think he’s a man of the left (certainly he’s an anti-Trumper) but I don’t know that he’s so comprehensively left-wing on every issue that he would have satisfied MSNBC’s progressive audience. He was comfortable in Fox News’s right-wing environment for many years, after all.

CNN was also a possibility, but that would have been a dreary landing spot. He would have slid a little too easily into the “liberal but not quite ‘Rachel Maddow liberal'” niche that so many anchors there seem to occupy. He may have been lost in the shuffle, just another CNN talking head who communicates their disdain for Trump regularly and earnestly but casually and rarely memorably. Plus, he’d likely be doomed to distant third-place finishes like so many other hosts on the network as American conservatives tune to Fox in the evening and American liberals tune to MSNBC.

CNBC is an intriguing opportunity for him because in primetime it’s practically a start-up. I had to look up their schedule to see what they’re airing tonight at 7 p.m. since I never, ever flip over there. It’s … “Shark Tank” reruns. Followed by, I kid you not, “Jay Leno’s Garage” at 10 p.m. And not just one episode of “Jay Leno’s Garage.” Four episodes. They basically don’t have evening programming. Result, per the WSJ: “The 7 p.m. time slot he is taking over at CNBC has averaged fewer than 250,000 viewers so far this year, according to Nielsen.”

In other words, Shep has nothing to lose. He’s bound to improve the network’s ratings at 7 because the ratings are, essentially, zero. If he builds an audience, he’ll be credited with singlehandedly making the network a player in the evenings, especially if his success helps to attract other well-known free-agent anchors for the time slots after his. (Megyn Kelly’s still unsigned…) In the meantime, precisely because there’s so little to lose, CNBC is apt to let him do anything he wants with his hour. Smith was never going to get the kind of money elsewhere that he was getting at Fox, nor would he really need that kind of money given how much he amassed in his time at FNC. So it seems that he’s gotten the next best thing: Control. His own little fiefdom at a network where there’s lots of potential upside to performing well and very little downside to performing badly. E.g.,

“Chief Breaking General News Anchor” makes me think Shep might be showing up at odd times during daytime hours as well when there’s big news to report.

I’m eager to see what his ratings are like initially. 7 p.m. should be a bit more up-for-grabs than primetime: The MAGA diehards are watching Lou Dobbs on Fox Business at that hour but I don’t know that there’s a ton of loyalty among the rest of America’s viewers to Martha MacCallum, Erin Burnett, and newbie Reid. Shep might make a mark. And even if he doesn’t, Election Night on CNBC will be a hoot.