Schwarzenegger: The tea party movement will fade when the economy comes back

He’s on firmer ground here than he was over the weekend.

“The TEA Party is an expression of anger and of disappointment,” Schwarzenegger said in an interview last night with Greta Van Susteren on FOX News Channel’s On the Record. “I’m just saying they’re not going anywhere with it because nobody is coming up and saying, ‘Here’s our candidate, here’s our solution, here’s what we’re going to do,’ and have a whole policy debate over the various different issues….

“So this is why I think, in the end, when the economy comes back, I think that the TEA Party will disappear again,” he said — which begs the question of how quickly the economy will offer any signs of real recovery sufficient to quell that tea revolt.

Nobody’s coming up and saying, “Here’s our candidate”? Like I said the last time I wrote about this, tell that to Charlie Crist. The “here’s what we’re going to do” part is also being addressed. It may not be a Schwarzenegger agenda — although Schwarzenegger circa 2003 would have taken a shine to it, I’ll bet — but it’s an agenda.

He’s right about some of the energy being sapped from the movement as economic anxieties recede, though. That’s not to say it’ll fade entirely (Perot’s Reform Party is still around in some form, as I recall) and the more committed libertarians within the group will keep on truckin’ regardless, fueled by their principles. But no movement is comprised entirely of dedicated ideologues; they’re all a mix of ideologues, reformists, and people who are disaffected for whatever reason, and as the last group becomes less disaffected, some are bound to peel away. Said Richard Hofstadter:

Major parties have lived more for patronage than for principles; their goal has been to bind together a sufficiently large coalition of diverse interests to get into power; and once in power, to arrange sufficiently satisfactory compromises of interests to remain there. Minor parties have been attached to some special idea or interest, and they have generally expressed their positions through firm and identifiable programs and principles. Their function has not been to win or govern, but to agitate, educate, generate new ideas, and supply the dynamic element in our political life. When a third party’s demands become popular enough, they are appropriated by one or both of the major parties and the third party disappears. Third parties are like bees: once they have stung, they die.

Right. Schwarzenegger’s problem is that he seems to think the tea party won’t ever sting when in fact they’ve stung already and are preparing to swarm in November. The question is whether they can get the GOP to appropriate their principles before the economy recovers and takes some of the urgency out of their demands. Given the track The One is on, that could be as soon as … what? Five years from now? 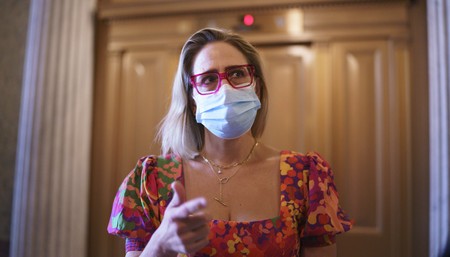