Huh? After weeks of repeating 9-9-9 and, in the process, making his bold and original tax reform plan common knowledge, Herman Cain today altered his slogan:

GOP presidential candidate Herman Cain clarified his much talked-about “9-9-9” tax plan Friday, saying those who fall at or beneath the poverty level would have a different plan: “9-0-9.”

Cain took heat over his proposal, which replaces the current tax code with a 9% corporate tax, a 9% income tax and a new 9% national sales tax. Opponents have argued the middle part of the plan would increase taxes on the poor, who currently pay little to no taxes.

But Cain fired back Friday, saying in a Detroit speech that those paying no taxes now would continue to pay zero taxes under his plan.

Presumably, no income tax for those at or below the poverty level was always a part of Cain’s plan — but that at least was not a commonly known detail of it. Perhaps his new jingle will ease the “political treacherousness” of proposing a flat tax, serving to underscore Cain’s concern for “income inequality” (despite his outspoken opposition to the Occupy Wall Street crowd). But, then, as Ed explained this morning, to propose a flat tax is less a political liability than some would have us think — and Cain’s new cry of “9-0-9” undoes a little of the magic of the simplicity of his plan.

Cain today also explained his idea to create “opportunity zones.” Under this new element of his plan, in cities facing high unemployment, businesses could deduct a certain amount of payroll expenses (in addition to purchases) from their corporate taxes. That makes sense to me — but Cain’s entire speech this morning in Detroit (a city with the inordinately high unemployment rate of 14.4 percent) suggests 9-9-9, for all that it is emblazoned on the minds of those who have heard it, is subject to change. Political realities have always constrained its possibility (passage would be quite a feat!) — and the fearful prospect opened up by Rick Santorum at the Bloomberg debate a couple weeks ago of a new revenue stream for the federal government to exploit was never its strongest selling point — but nothing hints at its unfeasibility so much as the adjustments Cain seemed to make to it this morning. He’d like those numbers 9-9-9 to be inflexible, but, already, they aren’t. “Say amen y’all. It’s 9-0-9.” “Amen” frequently follows “forever and ever.” That’s clearly not the case here.

Update: A reader e-mailed me to say “opportunity zones” have always been a part of Cain’s plan. Formerly, they were called “empowerment zones.” 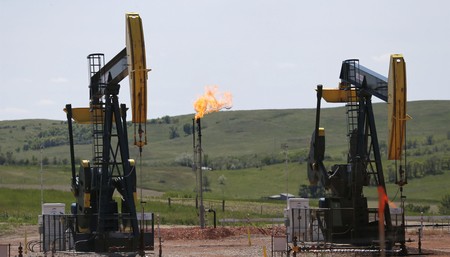