So, after the whole mess surrounding the poop swastika; instances of harassment that were allegedly racially-motivated, though unverifiable since they occurred off campus; and a professor who was charged with assaulting a student reporter at protests over said events has a caused a budget shortfall at the University of Missouri. I know, totally shocking, right? (via Daily Caller):

The University of Missouri (MU) is losing about 1500 students and is facing a huge $32 million budget shortfall four months after it attracted national attention as the site of massive race-based campus protests.

“I am writing to you today to confirm that we project a very significant budget shortfall due to an unexpected sharp decline in first-year enrollments and student retention this coming fall. I wish I had better news,” said MU interim chancellor Hank Foley in a Wednesday letter to school staff [March 9] that was obtained by Fox Sports.

According to Foley’s letter, MU will have about 1500 fewer students in fall 2016 compared to last year, an unexpected drop that is in turn causing a big dip in the school’s tuition income.

Because of the abrupt and unexpected nature of the shortfall, Foley is taking immediate and severe steps to fix the situation: The school budget is being cut 5 percent across the board, all hiring is being frozen (barring exceptional circumstances), and annual raises have been canceled. He has also announced a new, more intensive effort to recruit potential Mizzou students by phone, email, and even via Skype.

Even with all these measures, Foley anticipates MU having a deficit of about $10 million, which he said would be made up using the school’s reserve funds.

The professor who was charged with assault, Melissa Click, escaped further legal proceedings when she agreed to a year’s probation and community service. She has since penned piece a piece in The Washington Post about her conduct during the protests, where she wrote “If you have had any exposure to American media in the last four months, you know the quick decision I made to stand with the students, you’ve seen my inexperience with public protests.” As National Review’s Kat Timpf noted saying that you don’t know how journalism works in a public space, specifically a protest, then that alone should be grounds for dismissal. Click was fired in February. She views herself as the “scapegoat,” being used “to distract from larger campus issues.”

As you can see, political correctness, besides being mind-numbingly stupid and authoritarianism masked under the guise of diversity, is also incredibly expensive. Has Mizzou learned from this public relations disaster? Nope. They’re requiring “diversity intensive” courses as a prerequisite for graduation.

Editor’s Note: This is a crosspost from Townhall.com. 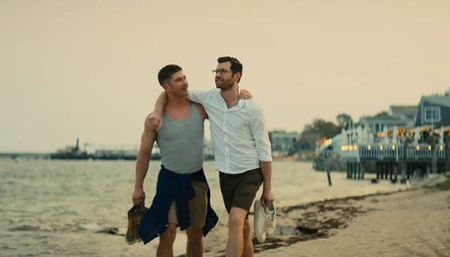