Organizing for Action asks WaPo to recognize its work, with hilarious results

To be fair to Organizing for Action, the juggernaut grassroots organization born of the Obama campaign, let me first present what they’ve been up to today, via an e-mail to their list:

Heads up: On Monday, President Obama turns 53 — and for his birthday this year, we’d like to try something a little different.

We’re putting together a birthday card for the President from grassroots supporters, and we’re letting you pick your favorite message and design.

It has everything that makes OFA OFA. Obeisance to an elected figure ranging from slightly off-putting to downright disturbing? Check. Using a truly massive e-mail list for truly dubious asks, thereby diminishing the power of the list? Check. An illusion of engagement that safely relegates the little people to little things? Check. Memeification of American politics that has the feel of an “Idiocracy” gag? Check.

So, it turns out the folks over at Organizing for Action were upset about a piece that the Washington Post‘s politics blog The Fix had written about their surprising devolution into nonentity. OFA’s leaders bugged The Fix to evaluate their work. And, The Fix, which shall not be absolved of this piece, nonetheless responded in a great way.

After tallying the subject matter of OFA e-mails, Phillip Bump offers this assessment:

By the most important metric, the group is largely ineffective. Of the priorities above — which, according to the group’s mandate, are meant to bolster federal efforts — none has seen national legislative action. The president introduced new restrictions on carbon pollution, but that was an executive action, not legislation. Immigration reform has stalled; there hasn’t been a national minimum wage increase. All of these things are difficult, given the opposition the president faces from Republicans in Congress, but that’s the point, right? Encourage people to take action in their communities? Bottom up change and all that?

Carson sent updates from a variety of places, but most were areas that already have Democratic legislators. Los Angeles, New York, and lots of Chicago, of course. It’s clear that Sonoma County has an active OFA membership, but that’s northern California. Same with Albuquerque, New Mexico — which is represented by Rep. Michelle Lujan Grisham (D). There were some events in Tennessee and Texas and the redder parts of Michigan, but most of the activity appeared to be in Democratic areas.

Among the smattering of tweets and photos and reports that Carson sent, a few activities stood out. There was a report on a day of action around climate change in late June. Another report looked at a series of events meant to build support for economic issues. There was OFA engagement in a minimum wage fight in New Mexico. And an unexpected fight over an arcane policy in California.

Let’s go through them one by one.

You should click over to read about each “action” for which Organizing for Action takes credit—scores of people watching TV together, a minimum wage fight in New Mexico it didn’t actually organize. Organizing for Action neither organizes nor creates action. Discuss. And none of this, by the way, should be perceived as my looking down on the notion of organizing, per se. Frankly, after President Obama was elected, many conservatives—the Tea Party, in particular—realized they needed to be doing more of it, and have done it to great effect at local parties and school boards. What’s interesting about OFA is that an organization of such money and such promise, staffed by those with tons of experience and good will coming off the 2008 election, became this. Something about it reminds me of the biggest Tea Party upset of the cycle, in Eric Cantor’s district, in which not one national Tea Party group played. Once these forces, which make no mistake do have true grassroots beginnings and influences, become large, national—and in OFA’s case, soldiers of the national party— there’s a point of diminishing returns. OFA is the most spectacular example of this phenomenon of lost potential.

But hey, maybe they can mobilize their people to stop the next Sharknado. The one caused by climate change. No, really. 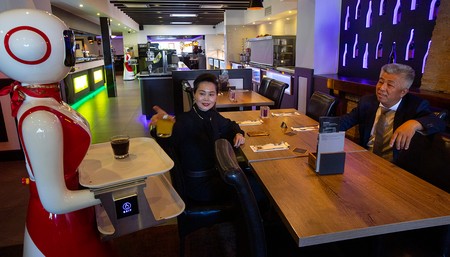 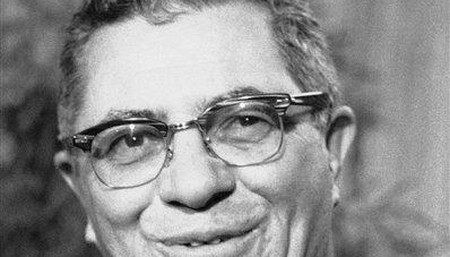 With Blue Senate Seats in Play in 2022, Bet on GOP Winners
Townhall
'You think YOUR patience is running out? LOL, f**k YOU.' EPIC thread from the 'unvaccinated' kicks SO much a*s and takes ALL the names
Twitchy
Bad News for Biden: the Chanting Movement Against Him Continues
Redstate
Trump Embraced by Cops, Firemen, and Sports Fans as 'F Biden' Sweeps the Nation
PJ Media