I don’t usually care much about Katy Perry but this is somewhat interesting to me as a cultural phenomenon. Perry told Australia’s edition of Vogue that her conservative Christian mother has been praying for her to return to God her entire life. According to Perry, she never left though she admits she was more secular when she was younger. Apparently, that began to change when she went to a Catholic Church with her mother.

Last April, Katy travelled to Rome for an audience with the head of the Catholic Church and this is the first thing I want to talk about. “It started when we were on the Asia leg of the tour and I went to mass with my mom,” Katy tells me. “She hadn’t sung those songs in 40 years and watching her made me cry. It’s so beautiful and humbling to re-centre in a place where it’s not about anything else but reconnecting with the divine.”

As she sings in her 2010 hit with Snoop Dogg, Katy is a true California girl. She was born in picturesque Santa Barbara, and raised by Mary and Keith, two Pentecostal pastors. (Mary was raised Catholic.) Katy started performing as a young girl and left home at 15 to pursue a music career. “I was laser-focused and off to the races from the time I was nine years old,” she says. Unsurprisingly, her first megahit, 2008’s I Kissed a Girl, didn’t go platinum around the family dinner table. “My mom has prayed for me my entire life, hoping I’d come back to God. I never left Him, I was just a little bit secular, I was more materialistic and more career-driven. But now that I’m in my 30s, it’s more about spirituality and heart wholeness.”

Perry specifically praises Pope Francis whom she met on a visit with her mother and boyfriend Orlando Bloom:

“I’m such a big fan of Pope Francis. It’s a combination of compassion, humility, sternness and refusal. He is rebel – a rebel for Jesus.” Katy lists some papal facts, including that he named himself after Francis of Assisi, her favourite saint, and that he sticks to his vow of poverty despite the lavish surroundings of the Vatican. “He is bringing the Church back to humility and connecting with people. He’s very humble and not frivolous.” He’s also a lover of animals and is often depicted surrounded by wooded creatures, which reminds her of her favourite Disney character, Snow White.

Of course, Pope Francis has said some pretty far out things himself. Some of his pronouncements about global capitalism would sound extreme in the mouth of Democratic Socialist Alexandria Ocasio-Cortez or Bernie Sanders. Still, it’s interesting to me from a sociological perspective that Perry seems to be seeking some kind of spiritual groundedness as she enters her thirties.

We saw something similar from Madonna a few decades ago. She became a star by pushing boundaries and touting sex appeal and then at some point she started taking an interest in a kind of Jewish mysticism called Kabbalah. More recently, Madonna said she felt a connection to religious symbolism but not to any religion in particular:

When asked to what extent would she would characterize herself Jewish? Madonna reportedly laughed the question off, saying “No, I don’t affiliate myself with any specific religious group. I connect to different ritualistic aspects of different belief systems, and I see the connecting thread between all religious beliefs.”

Madonna elaborated on her theological outlook, saying that though she studied Kabbalah, and does follows many religious practices affiliated with Judaism, like observing the Shabbat and holding a bar mitzvah for her son, she has not converted.

“This appears like I’m Jewish, but these rituals are connected to what I describe as the Tree of Life consciousness and have more to do with the idea of being an Israelite, not Jewish,” she told The Independent.

“The tribes of Israel existed before the religion of Judaism existed, so you have to do your history . . . So, am I Jewish? I mean, some people would say, well, you do a lot of things that Jews do, but I would say I do a lot of things that people did before Judaism existed. And I believe what I practice has to do with something deeper than religion, that it embodies all religions, including Judaism. And Christianity. And Islam.”

It sounds like Madonna has her own rather vague brand of spiritualism but it’s still interesting that she felt the need to find some set of beliefs to anchor her life. I suppose that’s what Katy Perry is doing as well. Her choices seem somewhat more sectarian but it’s still a general move from nothing to something.

There’s an old saying that if you’re not a liberal at 25 you have no heart but if you’re not a conservative after 30 you have no brain. That’s not meant to be literally true of course but it does speak to a real phenomenon. As people get older their outlook does change in a way that looks a bit less skeptically at some of the tradition they grew up with. They discover they are capable of finding some wisdom in things they once dismissed. Finding out that your parents weren’t actually wrong about everything is a healthy part of growing up. Maybe Katy Perry is currently making that trip. As someone a lot of little girls admired and looked up to, that’s probably a good thing. 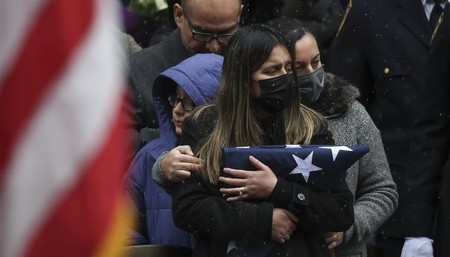 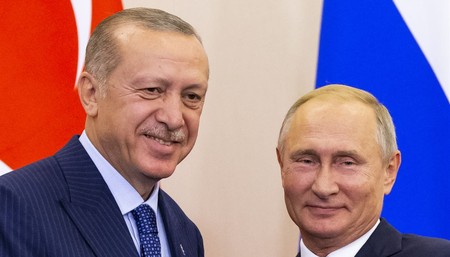