Sen. Susan Collins voted for the tax bill last week but only after she had received commitments from Mitch McConnell on a number of issues she wanted to see resolved before she could vote for the bill. One of those was a commitment to pass two other bills aimed at mitigating the disruption caused by the repeal of Obamacare’s individual mandate. Though it wasn’t noticed Friday, today the Hill points out that Collins’ request for funding in one of those bills is now double what it was previously:

Collins, a key vote on tax reform, is pushing for the passage of two ObamaCare bills in an attempt to mitigate the effects of the tax bill’s repeal of the individual insurance mandate.

One of those bills — sponsored by her and Sen. Bill Nelson (D-Fla.) — would provide states with $10 billion over two years to establish high-risk pools or reinsurance programs to lower premiums.

That’s more than double the $4.5 billion originally requested in her bill, which she introduced in September.

The Hill reports it’s not clear when the increased funding request was originally made. At ACA Signups, Charles Gaba writes that the new request for $10 billion over two years is about half what some experts have estimated would be necessary. He quotes this passage from a piece at TPM:

“The Alexander-Murray bill—while good policy on its own—would come nowhere close to undoing the damage from individual mandate repeal. The same is true of the Collins-Nelson proposal,” writes Aviva Aron-Dine, a senior fellow at the Center on Budget and Policy Priorities and a former senior counselor at the Department of Health and Human Services.

Aron-Dine says the reinsurance funding in the Collins-Nelson bill, about $2.25 billion per year for just two years, falls far short of the $10 billion per year in permanent funding needed to prevent premiums from rising. She added that repealing the mandate is also likely to be the final straw that pushes insurers to flee the market entirely.

“An underfunded, temporary reinsurance program that states can decide whether and how to implement will not reverse the uncertainty and confusion about the overall status of the individual market risk pool resulting from mandate repeal,” she said. “As a result, it will not meaningfully reduce the risk that insurers will leave the market.”

It should be noted that the Center on Budget and Policy Priorities is a progressive think tank. But even if they are erring on the high side, Collins’ bill ($5 billion per year) is only providing half of the money they believe is necessary ($10 billion per year) to offset the impact of repealing the Individual Mandate. Even more significantly, Collins’ bill only provides the funding for two years.

The whole issue could soon be overshadowed by the drop in enrollment for 2018. There have been many reports about the quick pace of enrollment but last week, just a day before the tax bill vote, CNN reported that enrollment next year could be down substantially.

Nearly 2.8 million people have signed up for 2018 Obamacare policies on the federal exchange during the first 25 days of enrollment season…

But the picture is not as rosy if one considers that the open enrollment period is a little more than halfway over.

The Trump administration slashed the enrollment season so most people only have until Dec. 15 to pick plans, rather than the three months or more they had in previous years. (Some state-based exchanges have extended the period to as late as Jan. 30.)

That means the pace will have to pick up substantially to come close to the 9.2 million who signed up on the federal exchange by the end of open enrollment for 2017. (Another 3 million people picked plans through the state-based exchanges.)

There are eleven days left in which the number of people enrolled on the federal exchange would need to triple in order to meet the somewhat disappointing results from last year (which were down slightly from the previous year). Some of that downturn could be offset by increased enrollment in states that run their own exchanges. States like California are outspending the federal government on advertising.

Anything is possible but with a significant slowdown of the pace of enrollment over Thanksgiving week, the trend is currently going in the wrong direction. And if enrollment is down significantly, next year could be the year when remaining insurers, facing more uncertainty and premium hikes, decide to pull the plug on the exchanges once and for all.

Woodward: I tried to warn you journalists about the Steele dossier
Ed Morrissey 2:01 PM on February 01, 2023 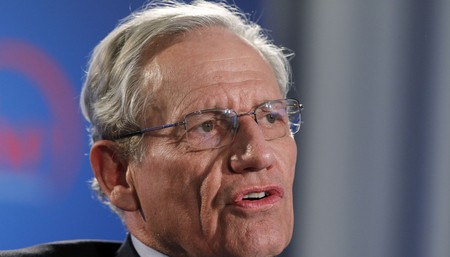