The Left's (brilliant) scam behind the NFL anthem protests

It didn’t happen until last night. For the entire time that the recent spate of highly inflamed National Anthem protests on NFL playing fields has been unfolding this year, there’s been something nagging at the back of my mind. Watching liberal activists (not to be confused with rank and file voters who may happen to be registered Democrats but also enjoy sports) charging to the barricades over these displays of kneeling, sitting or otherwise acting disrespectfully during the playing of the anthem and the display of the American flag, something just didn’t seem right. But last night was when it hit me. This isn’t about protesting racism, police misconduct or anything of the sort. What we’re observing is potentially one of the greatest red herrings in the history of American political scams.

The question I was most confused over was… why this location? Why this particular time? The reality is that any of these well paid players could call a press conference or show up at any rally to talk about racism, police shootings and all the rest, and they would draw the attention of millions, along with the media. (God only knows ESPN would show up.) So why were the liberal activists insisting that it had to be at the start of a game while the National Anthem is playing and the flag is on display? It didn’t make sense. And then, suddenly, it did.

I think the light bulb finally went on when I was reading this piece on the subject from the Washington Post’s Jonathan Capehart. It wasn’t really so much what the author had to say because that was probably the fiftieth tirade of that sort I’d read in just the past week. No, it was more a matter of who was saying it. To his credit, Jonathan is honest enough to open the piece with a statement reminding people that he’s, “not much of a sports fan.” But that doesn’t begin to describe him. For those who ever watched Capehart fill in for Willie Geist on MSNBC’s old “Way Too Early” show, you’ll know what I mean. It became something of a running gag (which Jonathan engaged in with a great sense of humor) to watch him attempt to read the teleprompter on Monday morning and describe what had happened around the NFL the day before. Frequently he had to be rescued by Bill Karins, jumping in to offer some commentary from the perspective of somebody who had actually seen the game and knew how football worked. (Keep in mind that Bill is the meteorologist, not the sports analyst, although he did compete in several sports in school.)

With that complete lack of engagement in professional football, why would Jonathan and so many of his progressive colleagues be so completely driven to support and gin up protests taking place on the gridiron? Why did they suddenly care so much about the intersection of racial identity politics and football?

The answer is that they don’t. This has little or nothing to do with police shootings, racial profiling or any of the rest of it. What we’re seeing is an almost brilliant and concerted effort to damage, if not eliminate, the National Football League.

Why? Because the activist Left has despised the NFL for years. They hate everything about it. It’s a game filled with big, tough, manly men engaging in the closest thing to warfare you can manage without guns. It’s a game rife with symbolism and, yes… nationalism. Even people who would never buy an album from a country singer could feel their blood heating up when Hank Williams used to sing, Are you Ready for Some Football. The military loves football and they fly jets over the stadiums in formation and send our nation’s finest out to pay tribute. And it’s not just the military. Our police and other first responders are frequently called out for honors at the games. Everything about it screams of apple pie, fireworks and patriotism. (Or, if you prefer, God, guns and flags.) And the activist Left hates it. Probably the only sporting event they despise more is NASCAR.

And this isn’t the first ginned up attack on the NFL that the Left has orchestrated. Observe the running debate, mostly driven by liberals, about how concussions and other long-term physical effects on players make the sport “unsafe.” Do you honestly think it’s because they care about the health of the players? Activists have gone so far as to point out that even “micro concussions” caused by repeated, far lighter taps to the head are too much of a risk.

Have you ever seen the Left getting that worked up over soccer, where both kids and adults have to repeatedly take shots on goal or make passes to their teammates by bouncing a high speed ball off their head? For that matter, have you seen these levels of protests over boxing, which literally gets some warriors of the ring killed and they are constantly hit with crushing blows to the skull? How about Rugby (a sport which makes alligator wrestling look boring)? Nope. The only real attention is paid to the “dangers” of football. Soccer is very European and politically correct. You can’t find American Rugby on TV. And I have no idea why they don’t care about boxers. You’d think they might because the lion’s share of professional boxers are minorities and the blows to the head they receive are far more damaging over the long run.

It was never about the health of the players. It was all about damaging the NFL. And that’s what’s fueling this National Anthem debate as well.

And to their credit, it seems to be working this time. No amount of campaigning or colored ribbons would have gotten the faithful NFL fans to abandon America’s favorite sport, but if they could manage to get the players to start dragging politics out of the press briefing room and onto the field, that might be the final straw to break the camel’s back. If they could drive a wedge between the players and the fans, and then divide the fans themselves into splintering, warring camps, arguing over the politically correct aspects of these offensive displays, they might finally put a dent in the popularity of football.

And it seems to be working. The ratings for Sunday Night Football this week were the worst in over a decade. Viewership for other games was off as well. People I’ve been following on social media for years who would rather risk their jobs than miss a game featuring their home team are so disgusted that they’re not even bothering to tune in. Divisive, infuriating identity politics was probably the only thing with the potential to kill football if you could find a way to inject a hefty dose of it into the NFL’s bloodstream. And now they’ve done it.

But the fight’s not over yet. One man who walked alone out of the locker room to salute the flag and honor the playing of our country’s National Anthem during the Pittsburgh Steelers game now has the fastest selling jersey in the NFL store. (And he’s a lineman. When does that happen?) The fans have been put off their feed before, but the game has survived and thrived. This may be one of the most insidious assaults the NFL has ever seen, but I have to believe it can survive this too.

But full credit to the leftist activists leading this charge. We almost have to salute you for the brilliance of the plan in an Auric Goldfinger sort of way. 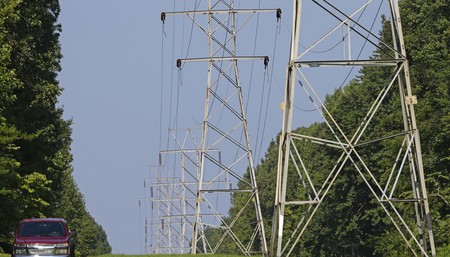