We've now reached the stage of politicizing the dictionary

In an odd year (as opposed to an election year) of very serious government business we’ve still been inundated with more than the usual share of silly stories coming out of Washington. We saw another one this week when President Trump inexplicably seemed to believe that he had invented the phrase “priming the pump” during one interview. The Hill picked up on it this morning.

President Trump in a recent interview said he invented the phrase “priming the pump,” a common saying used in economics when governments place money in economies going through a recession.

“Have you heard that expression used before? Because I haven’t heard it. I mean, I just… I came up with it a couple of days ago and I thought it was good. It’s what you have to do,” Trump said during an interview with editors for The Economist.

Normally this wouldn’t make for much of a story here unless it was a really slow news day, but when I was glancing at Twitter there was one item in response which caught my attention. It wasn’t a defense of the President from some Republican or the usual crowing from liberal journalists… it was from the Merriam-Webster dictionary. And they were getting out in front of the story by providing the etymology of the phrase.

'Pump priming' has been used to refer to government investment expenditures since at least 1933. https://t.co/VfkGwwzZRC

That sort of snark from the publisher of one of our older, established dictionaries seemed completely out of character. It’s a reference work, not an editorial publication. But after a bit of checking I was reminded that this wasn’t remotely the first time it had happened. NPR reported back in January that MW had been trolling the President for months. It wasn’t always Trump himself, but certainly members of his team. An early example was when they went after Kellyanne Conway over the “alternative facts” story.

📈A fact is a piece of information presented as having objective reality. https://t.co/gCKRZZm23c

Another one dated back to December when the then President Elect misspoke during an interview and said “unpresidented” rather than unprecedented. He immediately corrected himself, but apparently the person running the MW Twitter account just couldn’t help themselves.

Good morning! The #WordOfTheDay is…not 'unpresidented'. We don't enter that word. That's a new one. https://t.co/BJ45AtMNu4

There have been more examples since then. The WaPo somewhat gleefully ran an article on the subject in February, highlighting a few more. One of them was another shot at Conway when she talked about not identifying with the feminist movement.

📈'Feminism' is defined as "the belief that men and women should have equal rights and opportunities." https://t.co/Zjf7CAPUjL

The Post ran even more stories on the subject as recently as last month so this is more than an isolated glitch. It’s an established pattern at this point. So this returns me to the question I began pondering at the beginning of this article. Is this really what we should expect or want from the publisher of a reference book? The language is for everyone, not just one political party. I have to wonder if this is a social media strategy which has been approved at the top levels at MW or if it’s just some liberal social media drone who thinks they’re being clever and having a bit of fun. If it’s the latter, they might want to either have a chat with them or find someone else to take on those responsibilities. And if it’s the former, consumers may want to reevaluate how we look at Merriam-Webster in the future. We have enough politics shoved down our throats in virtually every aspect of our lives these days. Something as basic and essential as a dictionary should be one of the few places where we could reasonable expect a brief bit of relief from it. 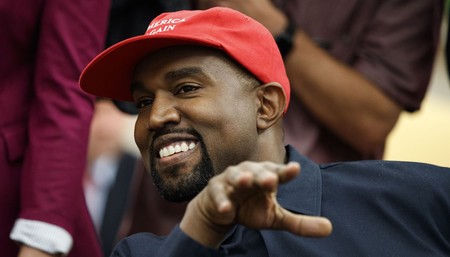