Jazz: Well, we’re starting off the post season much the same as the start of the regular season. I decided to roll the dice on the Bengals and they turned back into the Bungles, starting off my playoff prediction run at 1-1. Congrats to Ed’s Steelers, though. If the Jets can’t go to the big game, I hope it’s Pittsburgh. As to the Texans… well, it was a good run, boys. Well played. But I’m back in my familiar position of playing catch up so I’d best put in a better effort today.

Ed: I’m not sure “congrats” are in order. That was the strangest loss I’ve ever seen in the NFL. The Steelers got a gift fumble when the Bengals’ Jeremy Hill pressed for meaningless yards while Cincinnati was supposed to be running out the clock, allowing Ryan Shazier a chance to strip the ball and give it back to the Steelers. When Vontaze Burfict deliberately targeted Antonio Brown’s head on an incompletion, Pittsburgh needed 20 yards, had no time outs, and only 22 second on the clock. Adam Jones gave the Steelers another 15 free yards when he went through an official to push Steeler coach Joey Porter, handing an easy field goal and the lead to the Steelers. Jones then compounded the problem by taking the kickoff out of the end zone, along with about twelve seconds of clock time. It was a total meltdown of Bengal poise, which had really begun to occur toward the end of the third quarter but was allowed to get completely out of hand by Marvin Lewis.

The Steelers will go on to next week’s round, but let’s face it — the Bengals lost this game much more than the Steelers won it. They gave it away. The Steelers just happened to be on the field for a belated Christmas. I went 2-0, but it feels more like 1.5-0.

Jazz: The Seattle Seahawks face off against one of our three (now, er… two) spotlight teams, the Minnesota Vikings today. (1:05 pm ET, NBC) Seattle comes into this game as a 4 point favorite even though they are traveling to the frigid north. That probably shouldn’t come as much of a surprise since when the two teams met in Minnesota earlier this season, the Seahawks blew the place apart with a winning margin of more than 30 points. But the Vikings came away from that game with a new purpose in life and really turned things around. Have they come back far enough to solve the puzzle of Russel Wilson? Doubtful, particularly since Seattle was able to pretty much entirely neutralize Adrian Peterson. I don’t think it will be quite that much of a slaughter today, but I’ll still take Seattle to win it 22-13 in a chilly setting.

Ed: Game temperature will be below zero to start off the game, and that usually means the running game becomes key. Adrian Peterson will be ready, but Marshawn Lynch is still in Seattle. It’s so cold that Ticketmaster is telling fans to print out their tickets at home before arriving at TCF stadium because mobile devices may not work, but Russell Wilson says he won’t put on a glove for today’s game. With Minnesota and Seattle defenses roughly equal, expect the cold weather and the lack of Beast Mode to seriously limit the Seahawks today, and the Vikings to wear down the Seattle D with heapin’ helpings of A.P.  Vikings in a relatively low-scoring grinder, 23-13.

Jazz: The Green Bay Packers leave their comfort zone to visit the Redskins in the second game. (4:40 pm, Fox) If you had asked anybody during the first quarter of the season how such a match up would turn out they would have patted you on the head and told you to cut down on the beer. Now, however, the worm has turned. I was looking at the numbers for Aaron Rodgers and Kirk Cousins for the second half of the season and you might be amazed to realize that Cousins is running a 72% completion percentage compared to Rodgers’ 57%. Add to that the fact that the Washington QB is dominating in the TD vs INT ratio and holding a 25 point lead in overall QB rating and you can see that something has gone very wrong in Green Bay. Vegas has this game as a tossup, but I think Cousins has the hot hand today and bests the Packers in a scorcher, 34-24.

Ed: The Packers haven’t been winning like the Redskins of late, but the Packers had a tougher schedule in December, too. Green Bay actually has a better defense than Washington, giving up three-plus fewer points per game, while their offenses are only a point apart. They are better against the pass than Washington’s D and better against the rush, too. On offense, the Redskins do better on passing, but Green Bay gets 20 yards better per game on the ground, an issue that they will likely exploit against Washington’s 26th-ranked rushing defense. That should open up the throwing game more for the superior QB in the game, Aaron Rodgers, who still will have limited options for receivers. It will be enough to pull out a 27-23 win on the road against the Redskins. 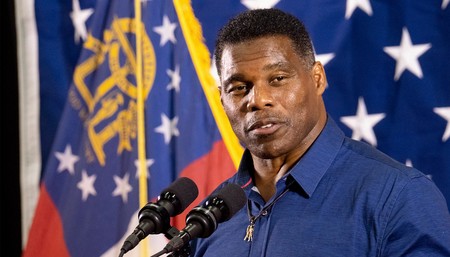