Billionaire liberal activist Tom Steyer wants to be the next governor of California, at least according to west coast insiders. (Why on Earth anyone would want that job at this moment in history remains a mystery for the ages.) If you’re going to be the governor you’re going to have to investigate all sorts of things and solve the problems facing the state. One of these issues is the high cost of gasoline, some of the priciest in the nation. That’s got consumers seeing red and Steyer plans to get to the bottom of it. (LA Times)

He recently called on the state Senate to subpoena industry executives to explain why prices surged in California this spring.

In Anaheim on Friday, Steyer and Jamie Court, president of the advocacy group Consumer Watchdog, released a memo on public opinion about two potential ballot measures.

One measure would impose a 10% oil extraction tax and dedicate the revenue “to making higher education affordable for California residents.” The other would strengthen “disclosure requirements for oil companies’ management of gasoline supplies and prices.”

“If the Legislature and the courts will not act,” he said recently, “I believe the citizens will have to take matters into their own hands. Either there is something nefarious going on here, or the structure of the market itself is unacceptable. In either case, we need to fix the problem.”

It’s impossible to simply skim over the irony of someone demanding to know why gas prices are so high in the very same press release where they push for an additional ten percent tax on oil extraction. Does Tom Steyer actually understand where gas comes from? While it may come as a terrible shock to find out that gasoline is refined from crude oil and the cost of extracting and refining that oil feeds directly into the cost of the finished product, there’s more at work than that. California is a regulation and tax happy paradise and the voters there can frequently be rallied to support all manner of referendum driven schemes when they are portrayed as ways to save the world. Steyer himself has participated in quite a few of these, some of which are coming home to roost in the form of the precise problem he’s now trying to solve.

The disconnect here is shocking. Dan Walters notes that Steyer really doesn’t seem to know how all of this works. (Sacramento Bee)

Just two months ago, at UC Berkeley, Schremp laid out the cost factors for nearly all of the 52.1-cent-per-gallon differential between California and the rest of the nation for “reformulated” fuel. They were higher taxes, 17 cents; higher production costs, 10 cents; cap-and-trade fees, 10 cents; and “an isolated market,” 10-plus cents.

The latter is very important. California requires a unique fuel blend to fight smog, making it very dependent on a few in-state refineries. Therefore, when there’s a strike, a fire or some other refinery disruption, California-only fuel supplies shrink and prices rise.

Were there some “nefarious” conspiracy to keep prices high, as Steyer suggests, California’s prices would not only be high, but stay high.

Thanks to precisely the initiatives which Steyer has backed in the past, Californians have to use a special snowflake mixture of gasoline which is only produced in a couple of refineries. When you limit supply, prices are vulnerable. They have a cap and trade plan which mandates that each gallon of gas will cost more than it does almost anywhere else right off the top. And their gas tax is already stupidly high, even before they tack on the next 10% Steyer is pushing for.

And yet he wants an investigation to find out why their gasoline costs 51 cents more per gallon. Can somebody remind me again how Tom Steyer managed to become a billionaire in the first place?

Vandals are targeting pro-life organizations across the country. Is this just the start?
John Sexton May 11, 2022 1:00 PM ET 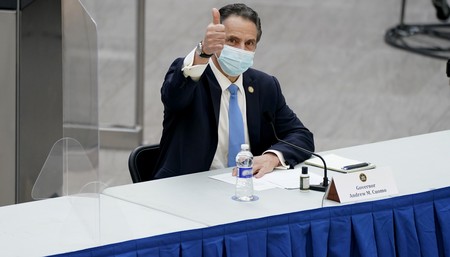