The proposed rapprochement between the United States and Cuba put forward by President Obama this week has produced plenty of domestic tension and political conflict, but might it also lead to some opportunities? In the case of New Jersey Governor Chris Christie, possibly so. While he was not the first person to bring it up, Christie would like to preface any normalization of relations with Castro Country on the return of one of the nation’s most wanted terrorists.

New Jersey Gov. Chris Christie is urging President Obama to demand that Cuba return convicted police-killer Joanne Chesimard before he proceeds with efforts to improve diplomatic relations with that country…

“Cuba’s provision of safe harbor to Chesimard by providing political asylum to a convicted cop killer … is an affront to every resident of our state, our country, and in particular, the men and women of the New Jersey State Police,” Christie wrote. “I urge you to demand the immediate return of Chesimard before any further consideration of restoration of diplomatic relations with the Cuban government.”

Christie, a Republican, sent the letter to Obama on Friday, two days after the president announced that the United States will try to “normalize” relations with communist Cuba, after roughly 50 years of economic embargoes, restricted travel and other diplomatic maneuvers to try to push out the Castro regime by isolating the country.

While it’s a goal sought by many – including law enforcement at the national level – the desire to bring Chesimard back is personal to Christie, since the cop she killed was a New Jersey State Trooper. And while opponents of Obama’s plan may remain unconvinced, cutting this particular deal could go some ways toward allowing the Cubans to convince those on the fence to give the plan a chance. Of course, all of this rides on the ability of Castro to actually find and deliver Chesimard in addition to having any willingness to do so in the first place. Then again, the Castros aren’t exactly known for their loyalty and compassion, so throwing the cop killer under the bus wouldn’t cost Raul a lot of sleep.

On the political side of the scales, this is also an opportunity for Christie to get his name back in the mix if he’s still serious about a 2016 run. Marco Rubio, Jeb Bush and Rand Paul have seemed to jump in heavily on the Cuba question this week and profited from it in varying degrees. This move could give Christie some footing to be seen as challenging Obama on a major foreign policy nugget. Further, finding a path to justice for cop killers is very much on the mind of many Americans this week for obvious reasons, and Christie would do well to tap into this good will to both serve the citizens of New Jersey and polish his image across the rest of the nation.

My question for you, though, is what are the odds that Castro even gives the question a serious look? Does he benefit at home from taking a hard line and ticking off the Americans by protecting somebody who murdered a cop? Or does he win points with the masses by playing nice with the Americans at this juncture at a cost of nothing more than a foreigner who he probably doesn’t care about anyway if her political usefulness has expired? I’m leaning toward the latter. He might actually be willing to deliver her if he thinks it will buy him anything. 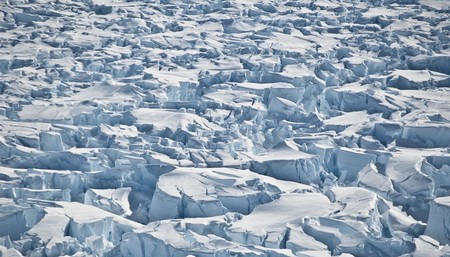