Remember that “fiscal cliff” we were heading toward last year? Yes, I know… who has time to worry about that when we could be talking about Bain Capital or whether Condi will be Veep? But the cliff remains dead ahead, and thus far nobody seems to have their hand on the tiller. Among many items included in the pending date with destiny is the question of what to do about the Bush tax cuts, as they are known.

The three default scenarios are: full expiration of all Bush-era and Obama tax cuts, full extension of these cuts, and President Obama’s plan to partially extend these cuts for families making under $250,000 per year ($200,000 for single filers.)

So which one of these approaches has the best chance of setting things to rights? It seems as if you can put that question to 15 different economists and come up with very nearly 15 different answers. But in the end, I think it boils down to leadership how willing one is to be honest with the American people about the choices we face, as well as being able to stick to your principles.

About a year ago, Ed and I had something of a debate over whether America has a spending problem, a revenue problem, or if the two are mutually exclusive or not. (For the record, we seemed to finally agree that what we really have is a recession problem.) But it’s an important question to address as Washington debates the future of the tax cuts.

Here’s the problem. You can tackle this from the point of view which says that taxes need to go up to generate more revenue and let all of the tax cuts expire, or you can say that the economy would stall from that kind of a blow and allow none of them to expire. And in the world of politics, both look like political suicide depending which side of the aisle you’re seated on. So the President has cooked up a plan to expire the tax cuts on the wealthiest two percent while leaving the cuts in place for everyone else.

Unfortunately, the only way this looks like a winner is in the eyes of some political analysts trying to win an election. Economists don’t seem to like it at all. Even some of the President’s most ardent supporters admit that the amount of revenue we’re talking about is roughly $85B per year under the most sunny, pie in the sky scenario imaginable. I’m not trying to say that $85B is chump change, but compared to the federal budget it’s not much more than a rounding error.

Barack Obama either needs to be brave enough to raise everyone’s taxes and stand firm on his belief that he can stimulate the economy back to good health, or abandon the tax and spend agenda entirely. But he needs the help of Congress to actually do anything. Obama has already said that he would veto any bill that extended all of the tax cuts.

Sadly, since the politics seems to play better on television than boring old math, Obama’s message seems to be sinking in.

Unfortunately for everyone, there is one path forward which doesn’t require any work by Congress or the President. If you want all of the cuts to expire and everyone’s taxes to go up, all you have to do is… nothing. And when you need somebody to do nothing, you can’t find a much better team of crack troopers than the United States Congress. God help us all. 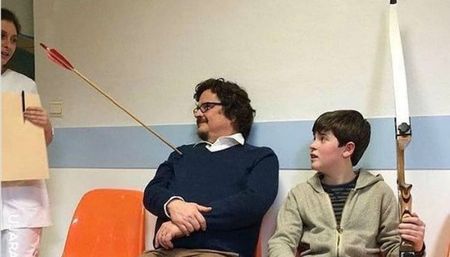