Rangel: It's Republicans' fault that I didn't pay my rent

You may know Democratic Congressman Charlie Rangel for his proclivity toward casual racial defamation. You may know him for his curious theological pronouncements. Or you may know him as the guy who failed to pay his taxes while running the Congressional committee responsible for writing tax laws.  Now it’s time to meet Charlie Rangel, deadbeat tenant:

New York City’s longest-serving congressman won’t pay his rent. State taxpayers were stiffed out of at least $87,000 when Rep. Charles Rangel stopped paying for the district office he rents in Harlem’s Adam Clayton Powell Jr. State Office Building, records ­obtained by The Post show…Rangel paid $7,253 in monthly rent on the 125th Street office he has rented since 2000, expense reports from 2012 show. But the payments stopped for all of 2013. Incredibly, instead of demanding payment of the back rent and late fees from its deadbeat legislative tenant, the state cut him a huge rent break. The state says it allowed Rangel in March 2013 to enter into a new sweetheart deal in which he could postpone paying six months of rent. That “abatement” money has still not been paid, nor has the other six months of missed rent from 2013, a OGS official said. The state comptroller approved a $101,000 lease between Rangel and OGS on Dec. 26, 2013, retroactively covering the period back to April 2013 and future months through December 2014, records show. The 21-month deal resulted in a deeply reduced rent of $4,809 a month.

So after he simply ceased paying his office rent last year, the state offered him an extremely generous postponement and a sweetheart rent cut.  Despite the special treatment — the likes of which the Little People could only dream — Rangel is still delinquent on his payments.  Why?  Republicans, or something:

When The Post last week inquired about the year of missing rent, Rangel’s office and OGS blamed federal sequestration, not the lost lease referenced in agency correspondence. “As everyone knows, the GOP sequester not only constrained our nation’s economy, but also strained the budget of congressional offices,” said Rangel spokeswoman Hannah Kim. The sequester, which set caps on lawmakers’ discretionary spending, began in March 2013, two months after records show Rangel stopped paying rent.

First of all, the sequester was President Obama’s plan, not the GOP’s.  Secondly, what an absolutely pathetic excuse this is.  Rangel’s office lost the lease (and consequently decided to just stop making rent payments for some reason), yet his inept staff blamed their own incompetence on a budget cut that hadn’t gone into effect yet.  In doing so, they not only embarrassed themselves; they missed a golden opportunity to finger Democrats’ bogey men du jour for the transgressions.  Tsk tsk.  Rangel was censured by his colleagues in 2010 after the House Ethics Committee convicted him on 11 ethical violations, including failing to pay taxes on rental income from a Caribbean property and improperly using his office to raise funds.  The long-time Congressman shrugged off the condemnation as “very, very, very political,” and was re-elected with 91 percent of the vote in 2012.  Life is good. 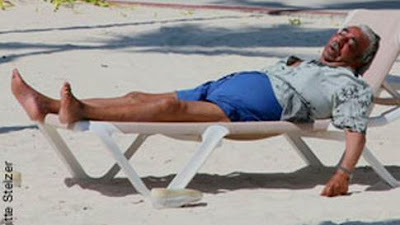 Exclusive: Attorney challenging Biden's Academia bailout says they have more than standing -- they have a solid case
Ed Morrissey 4:41 PM on September 28, 2022