Hillary Clinton: I'm obviously quite excited about the ObamaCare ruling

With the many trials and tribulations we’ve seen witnessed throughout President Obama’s tenure, Democrats and Republicans alike have oft pondered, how would this have all turned out if Democrats had instead decided upon Hillary Clinton as their presidential nominee in 2008? Just the other week, former Pennsylvania governor and DNC chief Ed Rendell wondered aloud whether we’d all have been better off with Hillary at the helm:

Well, who knows what would have been, but as far as Obama’s ‘crowning legislative achievement’ goes, I think it’s safe to say we’d have been in pretty much the same spot. Here’s her reaction to today’s Supreme Court ruling upholding the individual mandate as a tax:

She made her remarks in St. Petersburg, Russia, where she had just arrived for meetings with her Russian counterpart.

“I haven’t had a chance to read the decision. I literally just heard as we landed that the Supreme Court has upheld the healthcare law. Obviously I want to get into the details, but I’m very pleased. That’s how I hoped it would turn out,” Clinton said in video posted by PSB’s “NewsHour” and reported by Agence France Presse. …

“I think it’s a great moment to just think about what this will mean for the millions and millions of Americans who have already benefited from the Affordable Care Act and some many more who will continue to do so,” Clinton added.

Of course, Hillary was the one who insisted upon the necessity of the individual mandate from the beginning, while Obama was vociferously against it before he was for it. And hey, funnily enough, he was also against the mandate as a tax before he was for it, too — and look where that landed us. Woof.

Clean up is underway at the House of Mouse as latest woke Disney movie bombs at the box office
Karen Townsend 1:31 PM on November 28, 2022 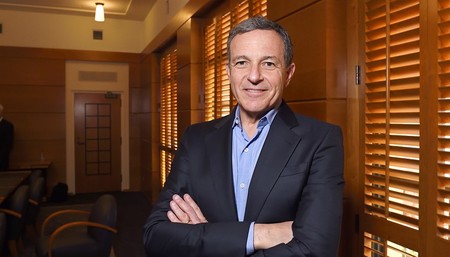 Talks continue between U.S. and Russia for release of Brittney Griner, Paul Whelan ... kinda
Karen Townsend 11:01 AM on November 28, 2022

When deviancy dies in darkness