McCloskey: We expect to be indicted any day now for standing up to the mob

Will the raid on the McCloskeys and the seizure of their weapons get followed by an indictment for their defense of their home during a Black Lives Matter protest? That’s pretty clearly what St. Louis County DA Kimberly Gardner has in mind, which is why Mark McCloskey’s attorney gave him some good advice — shut up. Instead, McCloskey spoke with Tucker Carlson last night to urge more Americans to speak out against the mob. “The only possible solution” to mob rule, McCloskey declared, “is for individual citizens to stand up and defend themselves.”

At least McCloskey, an attorney himself, has been advised what he is risking:

Mark McCloskey says that he believes that he and his wife are going to be "indicted shortly". pic.twitter.com/8o4xsb82Az

“The police were really very professional and very nice,” McCloskey said. “The cops that came out to issue the search warrant on us, they were almost apologetic. They didn’t want to have to be there. They were doing their job. Patty wanted to take a picture to document it, and she asked if they wouldn’t mind facing away from the camera so that people wouldn’t get mad at them if their faces were shown on TV.”

McCloskey said that the officers did not believe that he and his wife did anything wrong but were being forced to carry out the order by St. Louis Circuit Attorney Kimberly Gardner, a Democrat, who claimed that the McCloskeys defending their private property was a “violent assault.”

“My attorney advised me not to be on the show tonight because the rumor is that we are going to be indicted shortly,” McCloskey said. “Having said that, this is the same circuit attorney that released 35 of the protesters that torched and looted in downtown St. Louis but now she wants to indict me. I didn’t shoot anybody. I just held my ground, protecting my house, and I’m sitting here on television tonight instead of dead or putting out the smoldering embers of my home.”

McCloskey argued that the DA doesn’t have a case, and that her sense of proportion shows evident bias:

“They, unfortunately, are stuck between a circuit attorney that wants to prosecute us in their own belief that we did absolutely nothing wrong,” he added.

McCloskey said that because of the lack of law enforcement control during ongoing demonstrations, he and his wife were forced to pull out their weapons and defend themselves because they felt threatened during the encounter.

“When you have certain elements of society encouraging violence, at the same time asking the police to stand down, what’s the only possible result? The only possible solution is for individual citizens to stand up and defend themselves,” he said.

Would Gardner have a case to bring against the McCloskeys? Technically, perhaps, but in practical terms it would be a loser. People get confused over the charge of “assault,” which does not actually require a use of force — only the credible threat of force. Pointing a weapon at anyone or even just brandishing it is technically assault, even if it’s not a firearm. (I was a witness in a case nearly 30 years ago involving a shovel, of all things.) A proper concealed-carry class teaches this as a warning to its students never to pull out the weapon unless all the elements of self-defense by lethal force exist.

That’s where this case would be a loser. Consider the context: cities are burning from Minneapolis to New York to Los Angeles. An angry mob breaks down the gate on the property and begins illegally demonstrating on private property, which the McCloskeys have the right to defend. What would a reasonable person conclude? They would likely conclude that their property and maybe their lives were in danger, which means they could use lethal force to protect themselves and their property, according to state law. If Gardner could find twelve jurors to ignore all of that — which I seriously doubt — she won’t find an appellate court that will. The McCloskeys reportedly tend to be litigious too, so the county has to decide whether they want to risk paying out millions in a wrongful prosecution lawsuit just to conduct a stunt trial pour encourager les autres.

Speaking of which, McCloskey is right that we can expect much more of these standoffs in the future. If mobs start acting with impunity and police keep retreating, people will arm themselves and act to defend themselves and their property. The spike in gun sales is no coincidence, and the next exercise of mob reaction to mob rule might end a lot more violently than this one with the McCloskeys. If DAs don’t want to see people taking the law into their own hands, then DAs and the cities should start enforcing the law and keeping the peace themselves. That’s literally their most basic responsibility, and they are failing miserably at it. 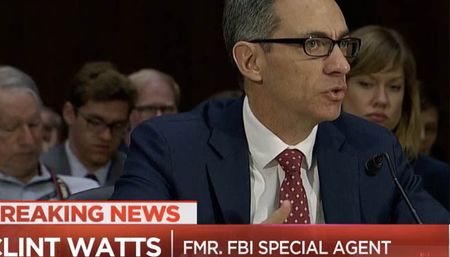