Perhaps it’s just the less-catastrophic news. ADP’s new employment report for April gives the scope of the COVID-19 meltdown, and it’s maybe-kinda-sorta not quite as bad as expected.

Still horrid, but … what if 20.2 million is the upside number? Yikes:

Private payrolls hemorrhaged more than 20 million jobs in April as companies sliced workers amid a coronavirus-induced shutdown that took most of the U.S. economy offline, according to a report Wednesday from ADP.

In all, the decline totaled 20,236,000 — easily the worst loss in the survey’s history going back to 2002 but not as bad as the 22 million that economists surveyed by Dow Jones had been expecting. The previous record was 834,665 in February 2009 amid the financial crisis and accompanying Great Recession.

“Job losses of this scale are unprecedented,” said Ahu Yildirmaz, co-head of the ADP Research Institute, which compiles the report in conjunction with Moody’s Analytics. “The total number of job losses for the month of April alone was more than double the total jobs lost during the Great Recession.”

This looks curiously optimistic, doesn’t it? It’s not the 22 million economists expected, nor is it the 30 million-plus that have successfully applied for unemployment benefits. For that matter, those claims are still coming for April, with another 3.5 million expected in tomorrow’s count for the week ending May 2. Those claims would be from people out of work at least a week before filing a claim, so the scale of joblessness could have been a whooooole lot larger in ADP’s report.

ADP provides one of the main precursors to the monthly jobs report from the Bureau of Labor Statistics (due on Friday morning), one whose accuracy has always been debated. No such debate exists this time, mainly because the scope of destruction is so large that precision is well-nigh impossible, and ADP’s report is only going to be able to serve as a filter for Friday’s official jobs report. CNBC explains that the BLS jobs report will have its own problems in pulling together data from both the Household and Establishment surveys, in part because of uncertainty of whether jobs are actually lost or just furloughed:

On Friday, the April employment report is expected to show a shocking 21.5 million jobs were lost in April and unemployment climbed to 16%, according to Dow Jones. The unprecedented one-month job losses dwarf the decline of 701,000 in March, when unemployment rose to 4.4% from a decades low 3.5%. …

Economists say the unemployment rate may be difficult to forecast since some workers may not categorize themselves as looking for work because they expect to return to jobs. Rupkey said the number of jobless may not even show up in claims, since some workers do not apply, others don’t qualify and now states may still have many workers they have not processed.

Goldman Sachs economists also pointed out the various data cannot capture the extent of the losses.

“The ADP report explicitly noted that it ‘does not reflect the full impact of COVID-19 on the overall employment situation.’ Reflecting this and the ADP modeling approach, we continue to believe the April ADP measure understated true job loss by several million workers,” the economists noted.

That’s something to keep in mind. In an economic breakdown of this scale, processes simply haven’t been invented for this scale.

The value of this ADP report is its ability to give us at least a broad road map of the damage. Job losses got spread around fairly equally around the different business models, for instance:

The distribution is roughly even, but that’s a category artifact. It would be more useful to see this in terms of percentage of workforce per business group. One particularly interesting point is that businesses of 1,000 or more employees have shed more jobs than all businesses with 50-999 businesses combined, and well over the amount lost by all businesses with fewer that 50 employees. Did the largest businesses have the ability to ride this out by paring back? The data would tend to suggest that, even though it looks as though the largest businesses got hammered the hardest in the meltdown.

The type of job lost had a much different distribution in the ADP report. Goods producing jobs (manufacturing) lost 4.23 million, while the service sector lost 16 million. That makes a lot of sense, given that the shutdown has all but suspended in-person economic activity, while manufacturing is more likely to be seen as essential as well as easier to control from a personal-contact perspective. However, on a percentage-of-workforce basis, the numbers look much different. The goods-producing sector lost roughly 20% of its jobs from February 2020, while the service sector lost 14.7%. I’d have expected that to be flipped around, but this might be evidence that the service sector’s migration to home-based work has provided it more of a cushion — at least for now. Manufacturing is more likely to reopen earlier, as the environments are easier to control, while the service sector drop will continue until retail outlets fully reopen.

We’ll know more after Friday’s report once we see the official figures, but it’s not clear how much more we’ll know. The Establishment report in particular might have serious problems, as BLS will have a lot of trouble contacting employers who have shut down for the COVID-19 pandemic … especially if they have shut down for good. 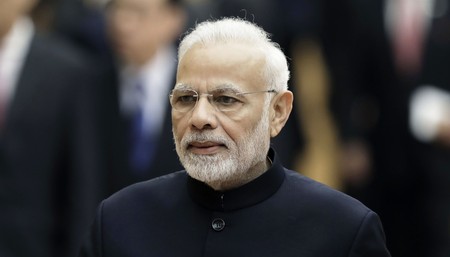 FL Sheriff Has Some Advice for the 'Millions' of People Moving to the State on How to Vote
Townhall
Columbus PD chief explains to reporter why cops aren't trained to 'shoot somewhere that would not result in a fatal wound'
Twitchy
Joe Biden Releases an Absolutely Disgusting Statement on the Columbus Police Shooting
Redstate
Insanity Wrap #191: Did Jury Intimidation Play a Part in the Chauvin Verdict?
PJ Media