Whodunit? The very serious problem of the death of comedy

We already know the answer to this, right? Everybody killed comedy, at least everybody in the entertainment and media industries. Comedian Owen Benjamin takes a close look at the crime for Prager University, pinning the blame on identity politics. But the blame goes farther than that, and Benjamin may not quite grasp just how far his argument goes:

Benjamin’s not just an observer of this phenomenon — he’s experienced it firsthand:

During the run-up to the release of the movie Black Panther, all of the marketing push was about how—finally!—there was a black movie made by black people with black people for black people. I found this to be fairly hilarious, so I simply took any statement about the film and responded as a white person that actually had that insane way of viewing the world:

“I just saw the trailer for Black Panther. Ugh. No white people. Looks terrible. Hard pass! Who am I supposed to relate to? No one’s white.”

Not one, but two prominent black actors—Don Cheadle and Jeffrey Wright—started tweeting me about how it’s time black people had a movie and how I should be more sensitive to their situation. Keep in mind, both of these black actors are already rich and famous.

I figured this was such an obviously satirical take on identity politics that no one could miss the joke. Nope! I was releasing a little social stress through satire. That’s what comedians are supposed to do.

Twitter’s the wrong platform for satire for a number of reasons anyway, but let’s stick with Benjamin’s point about comedy for now. Identity politics plays a large part in the death of comedy, but it’s not the whole story. Benjamin’s last argument nearly gets the bullseye:

Releasing social stress used to be the special task of late night comedy—the place that everyone could meet at the end of a long day. But that’s dead, too. Nobody takes themselves more seriously than these former comedians. Seems like Jimmy Kimmel cries more often than he tells jokes these days, and Stephen Colbert is just Rachel Maddow with punchlines. As if we weren’t already divided enough, they’re only telling jokes for half the country now.

The death of comedy is a direct result from the Politicization Of All Things. It’s not just identity politics, but the coopting of comedy for political activism. This has been a long time coming, with decades of comedians telling jokes mainly aimed at political opponents. These days, they’ve stopped telling jokes altogether and no longer measure their performance by laughter. Instead, they aim for “clapter,” an audible recognition of belonging to the same political tribe. There is little room in this environment for Jerry Seinfeld’s brand of observational humor about the human condition. They’ve all settled for the ambition of being Maddow with a punchline — the comedians and the audiences alike.

KJP: Russians fleeing the military draft are welcome to seek asylum in the United States
Karen Townsend 12:41 PM on September 28, 2022

NATO, EU leaders: We'll retaliate for energy-related sabotage -- and we're looking at you, Russia
Ed Morrissey 10:41 AM on September 28, 2022 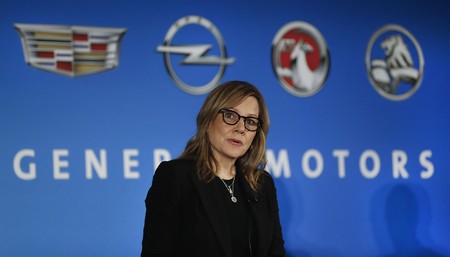 McConnell backs "modest," bipartisan Electoral Count Act reform -- and so do a majority of Americans
Ed Morrissey 9:31 AM on September 28, 2022

Menacing citizens to maintain the Narrative™
David Strom 9:01 AM on September 28, 2022

Democrats deny Manchin a vote on his permitting reform bill
Karen Townsend 8:01 AM on September 28, 2022