And when they do, so will many consumers. The trade journal Inside Health Policy warns that insurers might drop plans that qualify for the lowest cost tier in the ObamaCare exchanges and instead focus on the silver level, thanks to an effort by CMS to shore up the financial models of larger insurers. When that happens, Leslie Small writes at Fierce Health Payer, expect an exodus of low-risk consumers who may be unmotivated to pay for an expensive plan they neither need nor will use:

One problem, according to the article, is risk adjustment–as CMS data indicate bronze is the only metal level for which insurers of all sizes in the individual and group markets had to pay into the program. Federal officials are considering some changes to the risk adjustment program, which some say unfairly penalizes smaller insurers.

Already, filings show a CareFirst BlueCross BlueShield subsidiary in Virginia will transform its bronze plans into silver-level plans for 2017, according to Inside Health Policy, and experts tell the publication this could set a troubling precedent for the industry.

If insurers do drop their bronze plans, it would have the effect of further destabilizing the marketplace, according to Sean Mullin, a senior director at Leavitt Partners. That’s because such enrollees, which tend to be lower-risk and want the cheapest plans, will likely leave the marketplace altogether, further depleting the exchanges’ share of healthier enrollees.

The model already has fallen far short of sustainability, notes Stephen Green at PJ Media. Bailing out of the bronze plans will make that situation worse:

In order to achieve solvency, the ObamaCare exchanges require 40% of their customers to be young and healthy enough to pay large sums over time into the markets without taking out much in benefits. That way there’s enough money in the coverage pool to pay for older and sicker customers. However, currently only about 28% of ObamaCare customers are young and healthy enough to keep the system afloat. …

Comparatively inexpensive Bronze plans are one way to get younger and healthier people paying into the system — but for the Young & Healthy, those plans are too expensive to buy (even with subsidies) and too expensive to use (due to sky-high copays and deductibles). For many, already it’s cheaper just to pay the penalty-tax-thing for non-coverage and take their chances — which for the Y&H is usually a safe bet.

As noted before, the proper insurance model for the Y&H would be a low-cost hospitalization/catastrophic-level insurance plan with HSAs for any out-of-pocket costs. Thanks to the combination of high deductibles and the mandate to pay for comprehensive coverage, the Y&H end up stuck with a plan that is, in practical use, high-cost catastrophic coverage with thousands more due in deductibles before the benefits pay out at all. If insurers bail out of the bronze level, then these Y&H will have to pay even higher premiums. It’s smarter for them to pay the penalty and then work the system to get coverage if they become seriously ill or injured.

Even if they don’t bail out of the bronze level, the premiums will skyrocket … again. Insurers in Oregon and Virginia are warning of double-digit premium increases, and the low-cost alternative in New Hampshire wants in on that action too:

Oregon’s largest individual market insurer has filed for an average 29.6% rate hike for 2017 policies sold on and off the ObamaCare exchange.

Providence Health, which saw enrollment nearly quadruple in 2016 to 100,900, grabbing 40% of the market, blamed the increase partly on next year’s phase-out of ObamaCare’s temporary reinsurance program, which covers some of the bills of the costliest patients. …

Overall, Oregon insurers are seeking an average 27% premium hike, as calculated by ObamaCare enrollment tracker ACASignups.net, weighted based on 2016 enrollment.

Oregon is just the second state to make public initial rate requests filed by all insurers for 2017. Participants in Virginia’s market are seeking an average 17.9% hike, including a 15.8% increase requested by Anthem (ANTM) for its 180,000 members in ObamaCare-compliant plans.

In New Hampshire, Minuteman Health, the lowest-cost and second-largest exchange participant, has requested a 45.2% premium hike.

So much for bending cost curves downward, eh? With the third-place tier going away, I’m tempted to use a Glengarry Glen Ross reference here, except that “always be closing” has such a different meaning here. And the steak knives are basically already in the backs of consumers in the ObamaCare exchanges anyway. Downward cost curves are for closers (NSFW):

Good to know that the unions and other White House allies ended up with the Cadillac (plan), eh? 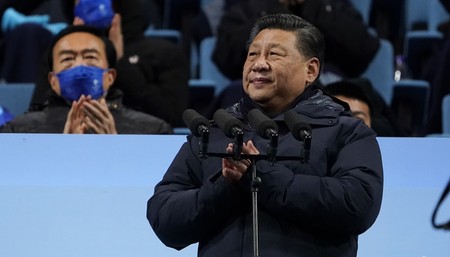 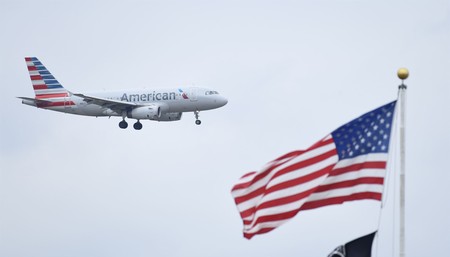 Do Republicans Even Know What Democrats Did to Them With This Anti-Gun Bill?
Townhall
'Disgraceful': Tweeters share contents of bipartisan gun bill supported by over a dozen Republican senators
Twitchy
Biden Lets Cat out of the Bag About the 'Second Pandemic'
Redstate
The Morning Briefing: Elon Musk Is the Boss All Woke Losers Need
PJ Media