Six days ago in South Carolina, Donald Trump blasted George W. Bush for invading Iraq, claiming that he had opposed the war all along. When pressed for specific instances of public opposition to the war, Trump insisted that he had made his feelings known to people he knew at the time, but that since he wasn’t involved in politics at the time, those conversations were never recorded for posterity. Buzzfeed’s Andrew Kaczynski managed to find one recording from the first anniversary of 9/11 in 2002, and Trump had a very different take on the Iraq war than he now claims:

But in a 2002 interview with Howard Stern, Donald Trump said he supported an Iraq invasion. In the interview, which took place on Sept. 11, 2002, Stern asked Trump directly if he was for invading Iraq.

“Yeah I guess so,” Trump responded. “I wish the first time it was done correctly.”

Kaczynski also found a passage in a book Trump wrote in 2000 in which he demanded a “principled and tough” policy applied to rogue states, including Iraq. In that passage, he alludes to the same dissatisfaction with the conclusion of the 1991 Gulf War. “But the fact is, if we decide a strike against Iraq is necessary, it is madness not to carry the mission to its conclusion,” Trump wrote. “When we don’t, we have the worst of all worlds: Iraq remains a threat, and now has more incentive than ever to attack us.”

That was a common criticism of the US policy on Iraq at the time — on the Right, which wanted a conclusion that would have removed Saddam Hussein altogether. That also contradicts another Trump statement, in which he credited George H. W. Bush for his limited intervention.

This story broke while CNN conducted a townhall event with Trump as one of the participants. Anderson Cooper challenged Trump with his 2002 quotes, and Trump responded by saying he may have been for the invasion before it happened, but he opposed it afterward:

COOPER: Again, continuing. I literally was just handed this. There’s a report now out tonight on Buzzfeed that includes – I have not heard it – includes an audio clip of what appears to be you on Howard Stern talking on the radio on September 11th, 2002. He asked you are you for invading Iraq? You said yeah, I guess so. You know, I wish the first time it was done correctly. Is that accurate? Do you remember saying that?

TRUMP: No. But, I mean, I could – I could have said that. Nobody asked me – I wasn’t a politician. It was probably the first time anybody asked me that question.

COOPER: But does that…

COOPER: But 2004, the Reuters article, which you pointed to a lot, and there were a couple of comments you made, I think, at a Vanity Fair party and one other comment. Those were, I think, a couple of weeks after the war began.

TRUMP: Which is OK. A lot of people said – you know, it was so early that even if it was a little bit after the war, I mean, he was totally against the war. I was very much against it. That was probably the first time I was ever even asked about the war.

This is a strange answer. “I guess so” isn’t exactly passionate support, but it’s clear that Trump didn’t oppose it before the war started. By September 2002, Congress had begun debating the AUMF that would allow Bush to launch an invasion of Iraq, so it was hardly an esoteric topic at that moment, and one would think especially for New Yorkers. Trump would hardly be alone in the category of people who supported the war initially and then changed their minds later, but that’s not what Trump claimed on Saturday. He claimed that he’d always been opposed to it as a way of presenting his judgment as superior to both Jeb and George Bush. It’s not just a flip-flop, it’s a deliberate misrepresentation. At the very least, it demonstrates an appallingly facile approach to policy even when it is most consequential.

Under normal circumstances, this kind of revelation would damage a politician. These aren’t normal circumstances, however. Trump is giving vent to widespread anger and frustration over the collapse of the Iraq project, even if he’s aiming at the wrong president for that issue. September 2002 won’t be relevant to most of those voters. 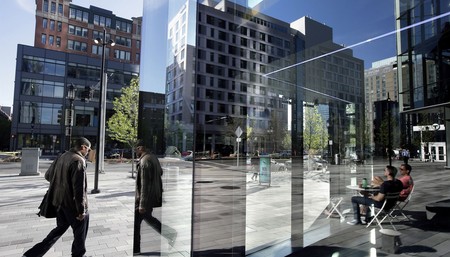