Not a coincidence, says the New York Times. The massive Internet outage in North Korea looks like a DDOS attack, and since it comes after the US threatened a “proportional response” to the hacking and extortion of Sony Pictures, well … draw your own conclusions:

North Korea’s already tenuous links to the Internet went completely dark on Monday after days of instability, in what Internet monitors described as one of the worst North Korean network failures in years. …

“Their networks are under duress,” Mr. Madory said. “This is consistent with a DDoS attack on their routers,” he said, referring to a distributed denial of service attack, in which attackers flood a network with traffic until it collapses under the load. …

CloudFlare, an Internet company based in San Francisco, confirmed Monday that North Korea’s Internet access was “toast.” A large number of connections had been withdrawn, “showing that the North Korean network has gone away,” Matthew Prince, CloudFlare’s founder, wrote in an email.

Although the failure might have been caused by maintenance problems, Mr. Madory and others said that such problems most likely would not have caused such a prolonged, widespread loss.

Some may wonder at this point just how big of a deal it is to knock North Korea off the Internet. According to the report from Nicole Perlroth and David Sanger … not much of one. There are somewhere around a thousand IP addresses assigned to the DPRK, and its military and commercial resources remain largely offline. That’s part of the problem in working up a “proportional response” to anything North Korea does short of shooting weapons at people — their country is so ensconced in Stalinist deprivation that it doesn’t have much to lose in these kinds of tit-for-tat exchanges. And they know it, too, which is why the Kim regime engages in these attacks.

As to whether this is a coincidence, the State Department isn’t saying … exactly:

In other words, feel free to believe in coincidences if you choose. But just don’t put too much stock in the idea that a takedown of a thousand or so connections to the Internet outweighs what North Korea thinks they accomplished with the Sony hack. 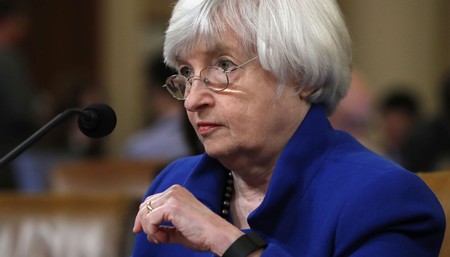 Democrats Hate Being Held to Their Own Standards: Committee Assignments Edition
Townhall
Pfizer director loses it when confronted by James O'Keefe, tells cops he feels very unsafe
Twitchy
Fired Google 'Project Manager' TikToks Her 'Awesome' Days at Google and the Mockable Day She Got Canned
Redstate
The Morning Briefing: Choose Your Weapon Wisely—It's Judgement Day at the RNC
PJ Media